Identical Twins Who Married Identical Brothers Plan to Give Birth to Babies on Same Day! 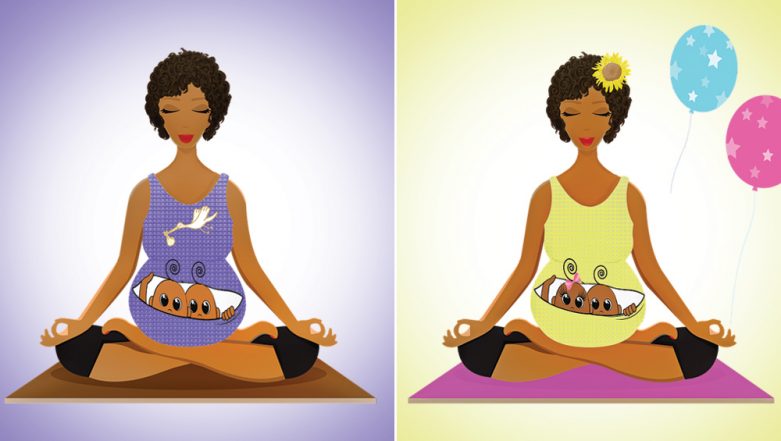 A set of identical twins who got married to another set of identical twins and who all stay together have now planned to even have their pregnancies synchronised. Both the couples are hoping to give birth to twins and that too on the same day. Twin sisters Brittany and Briana Deane got married to brothers Josh and Jeremy Salyers in a joint ceremony at the 2018 Twins Days Festival in Ohio, USA. Now both the brothers have plans to impregnate their wives on the same days, hoping to give birth to twins once again.

While talking on a TLC documentary called Our Twinsane Wedding, they revealed their plans for pregnancies. Jeremy revealed, "We want to have twins, and we want them to be born on the same day... We'll be raising our families together as well. That's something we're all on the same page about to." The girls agreed that it would be weird for them, if one of them is pregnant and other isn't. Briana admitted, "If she [Brittany] was pregnant I would prefer being pregnant too. Being pregnant at different times would be difficult especially with the physical changes that happen." Perfect Threesome As 'World's Most Identical Twins' Reveal They Share the Same Boyfriend and Plan on Marrying Him.

They also point out that their babies will be closer than cousins because they will share the same set of genes. One of the common question that comes their way if there is ever a partner-swapping among the siblings. But they cleared it out that there is no such thing among them. "I would say that the one that we get a lot [is that] people always ask if we switch partners - I hope we have explained ourselves that we do not!" cleared Briana. The two sisters still dress together and are glad that their taste in men also matched when they met these two brothers. Let us see if they manage to synchronise their pregnancies after all.