International Whale Shark Day is observed on August 30 to increase awareness about the beautiful sea creature. The observance tries to highlight the decline in whale shark’s declining population and the need for protection and conservation. On Whale Shark Day 2020, we bring to you some interesting facts about these marine animals. 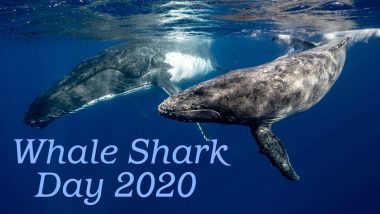 International Whale Shark Day is observed on August 30 to increase awareness about the beautiful sea creature. August 30 was chosen for the observance by 40 whale experts and ocean activists during International Whale Shark Conference in 2008 in Isla Holbox. The observance tries to highlight the decline in whale shark’s declining population and the need for protection and conservation. They are known as gentle giants and has always fascinated marine biologists and aquatic enthusiasts alike. Whale Sharks are not whales, but the world's largest fish. On Whale Shark Day 2020, we have found some interesting facts about these marine animals. Did you know that eating is a tough process for them? Also, they can process 6,000 litres of water an hour through their gills! Carcass of Whale Shark, Rare Largest Known Fish Species, Washes Ashore Sea in Tamil Nadu's Rameswaram (View Pics)

However, according to the International Union for Conservation of Nature (IUCN), whale sharks are one of the most vulnerable marine animals. In 2016, the IUCN reclassified the whale shark from vulnerable to an endangered species. According to some estimates, there are only tens of thousands around the world. Illegal fishing, getting trapped in fishing gear, colliding with boats and eating waste plastic are some of the issues that have reduced their numbers. Also, because they move slowly, they’re easily caught. Meanwhile, here are some fun facts about the giant fish yet known as a whale! Endangered Whale Shark, the Largest Fish on Earth, Spotted off Florida Coast; Check Pics and Videos. 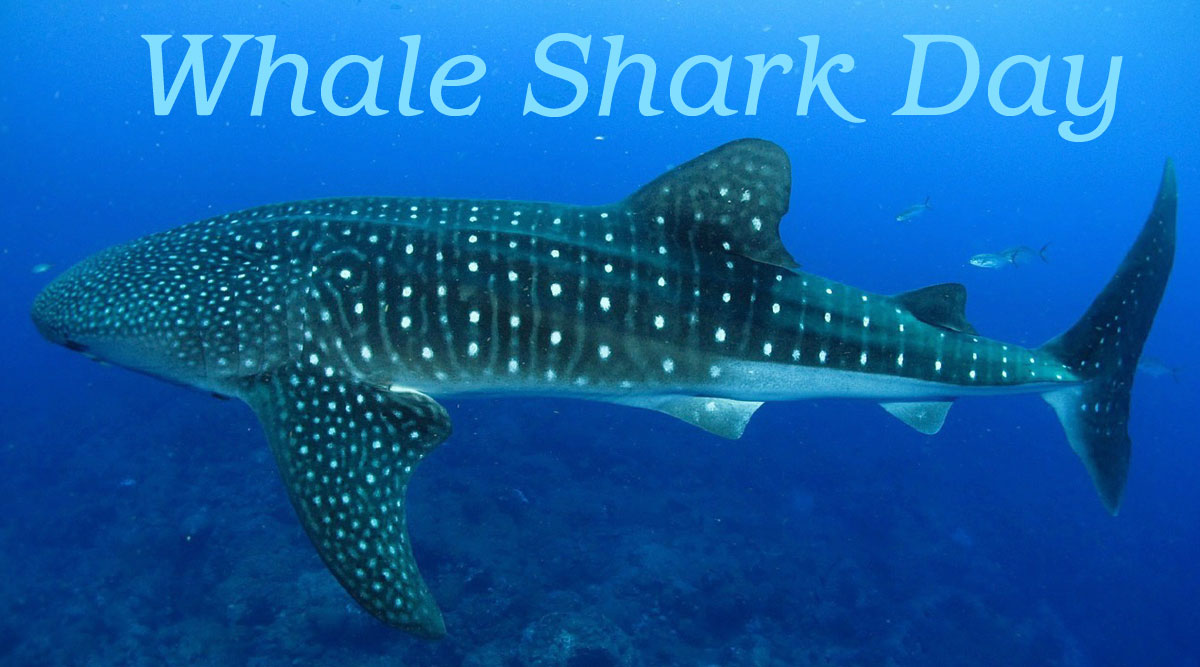 (The above story first appeared on LatestLY on Aug 30, 2020 09:00 AM IST. For more news and updates on politics, world, sports, entertainment and lifestyle, log on to our website latestly.com).