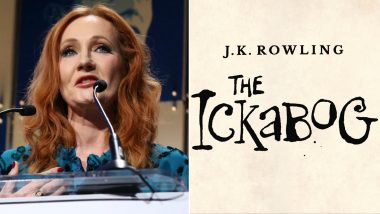 When people talk about the great storytellers of the modern era, J.K. Rowling will always be included in the list. The narrative of her writing in the Harry Potter series is often defined by creative and yes—a little tint of magic. Don’t you all agree? Readers who always have imagined themselves in Potter world now have another chance to immerse in the fictional universe created by Rowling. The 54-year-old author is publishing another book online, called ‘The Ickabog,’ to entertain children and family during this lockdown. Besides, Rowling also said that the book would be published for free online for children to read or have it read to them during this difficult. Can Twitter stay calm? Of course, no! Soon after the announcement, Rowling fans flood her Twitter thread with comments, likes and retweets as they can’t wait to read her new book. She already published the first two chapters of ‘The Ickabog.’ The Ickabog: JK Rowling's New Fairytale Book For Children is Available Online; Here's How You Can Read It For Free.

In an announcement of Rowling’s website, she said that she had started working on the book more than a decade ago, when she was still writing Harry Potter. She originally intended to publish the book, after she finished the last book in the beloved series. But did not and ended up ‘The Ickabog’ in her attic. The author also clarified that ‘The Ickabog’ is not related to Harry Potter or any of her other work. But she had read it to her young children before putting it away.

Ready for 'The Ickabog?'

Over 10 years ago, I wrote a stand-alone fairy tale called

The Ickabog. You can read more about how, why and

when The Ickabog was written at https://t.co/MgH9NZnSAS

Rowling thinks it was now time for the ‘The Ickabog’ to take out and dust it off to publish. The first two chapters are already out on J.K. Rowling’s website for children to read. The publisher described the book as “a fairy tale, set in an imaginary land.”

Time to Get It Down From the Attic

Over time I came to think of The Ickabog as just for my family. The manuscript went up into the attic, where it remained until a few weeks ago.

This is the very dusty box I got down from the attic.

(It's a Net-A-Porter box and might well have held a premiere dress.)

As Rowling's Twitter thread went viral, people could not contain their calm. They were excited for their kids, but those who read Harry Potter series and also Rowling's other fairy tale fictions were overwhelmed with the announcement. While reading it to their kids, they can also immerse into the world of 'The Ickabog.'

Thank you for this! Just posted in Google Classroom for my students!

Much more excited to read this book!!! #TheIckabog #JKRowling #Ickabog

you just made my day happier, Jo!

I am very, very proud to be your fan, and I am sure that many children will be enchanted and have fun with #TheIckabog. 💖

Is This the 'Political Fairy Tale?'

I remember you talking about how you were writing “a political fairytale for younger children” and always wondered what happened to it...

What a wonderful way for it to finally reappear! Thank you ✨

‘The Ickabog’ will be published in 34 instalments, which started on May 26, with one instalment released every weekday until July 10, 2020. It is targeted to readers aged 7 to 9 and published as a book in November this year. Rowling has also announced an exciting competition for children. The publishers around the world will hold an illustration competition, encouraging kids to submit drawings using the hashtag #TheIckabog. The best submissions will end up in the book’s final edition.

(The above story first appeared on LatestLY on May 27, 2020 12:55 PM IST. For more news and updates on politics, world, sports, entertainment and lifestyle, log on to our website latestly.com).