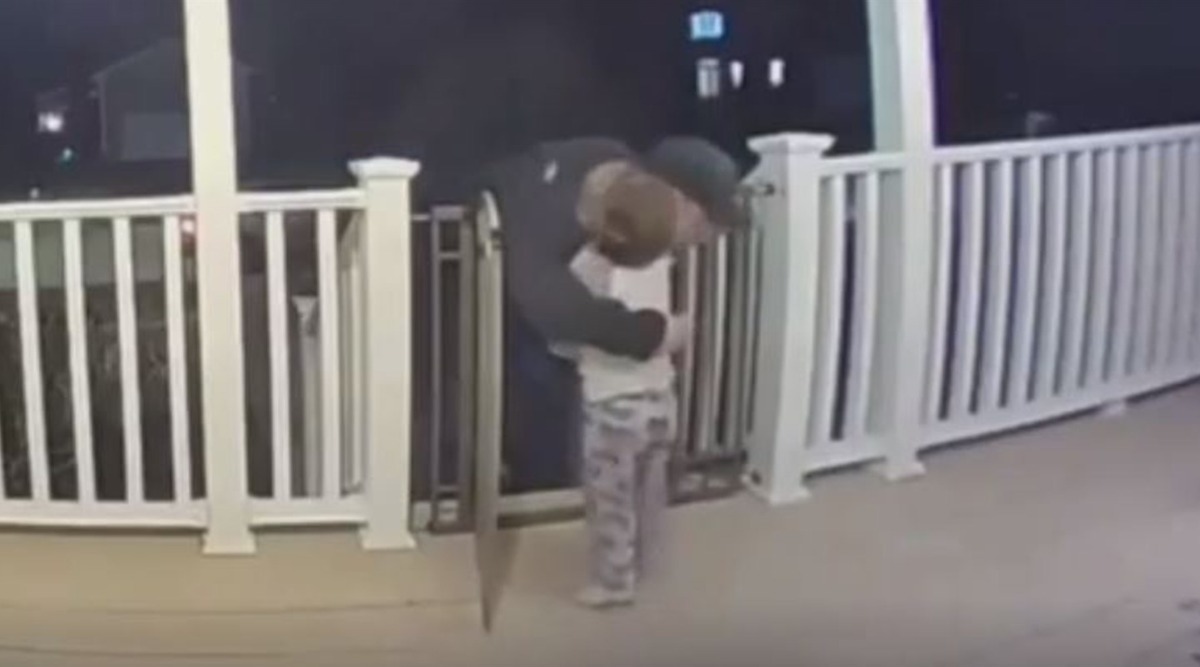 A video of a little boy hugging a pizza delivery man has gone viral on the internet. In the clip, the boy can be seen running out of the front door to hug Ryan Catterson as he leaves after delivering pizza. Lindsey Sheely said she ordered a pizza to her Rhode Island home on Saturday night. After the delivery driver left, her young son, Cohen chased after him and gave him a hug. While it may look as an adorable video, there is more to it. After posting the video on social media, the boy's mother got in touch with the delivery man and found out that the hug was quite special to him as he had recently lost his daughter. This Adorable Video of Baby Girl With Down Syndrome Smiling Will Tug at Your Heartstrings! (Watch Video)

Talking about her son's instant act f  kindness, she writes, "We thought it was so sweet and funny, then realized that our doorbell might have caught the interaction on camera, and it did!! I hope it gives you a laugh and warms your heart like it did for us." The video has received more than 1,04,000 views on Facebook.

She later updated the Facebook post saying, "Update: little did we know what Cohen’s hug to this stranger would mean. Someone showed Ryan the video I posted to my IG, so he messaged me, and I found him on FB so he could share the video. Through this, we found out that Ryan unexpectedly lost his daughter recently, and that hug from Cohen was a little blessing from God. I believe in divine appointments and know that Ryan was the one to deliver our pizza for a reason." Sheely's post also included a link to a GoFundMe page to cover the 16-year-old's funeral expenses. Ryan told WLNE-TV the road ahead will be tough, as he'll never be able to hug his daughter again.