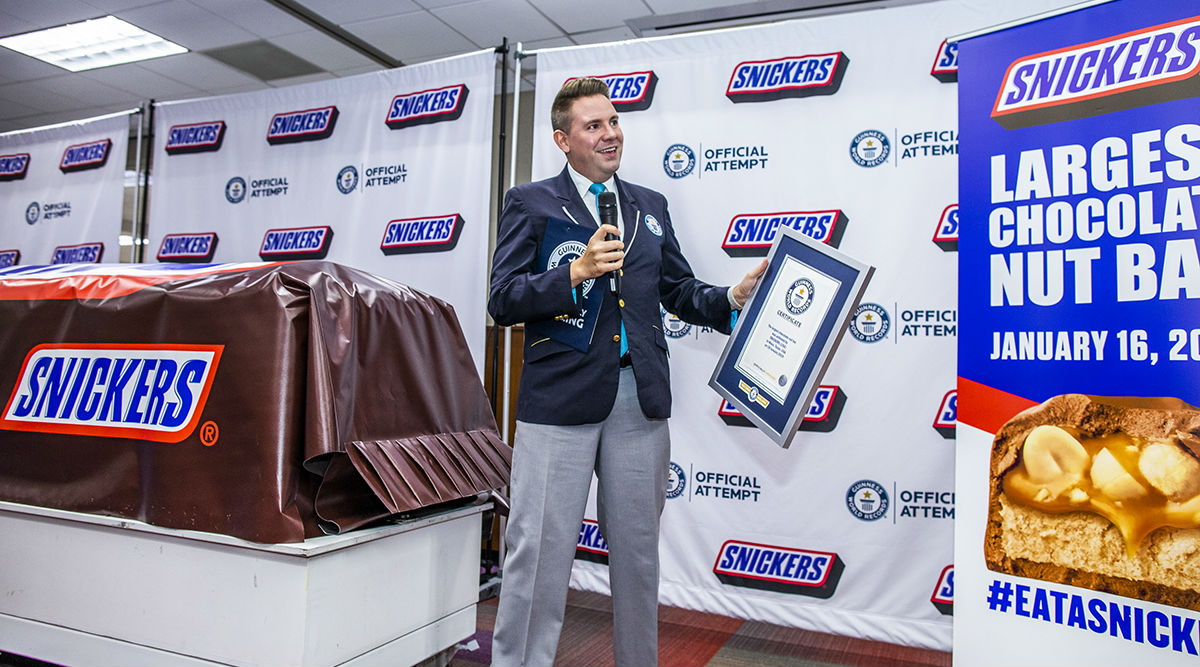 New Delhi, January 20: A massive Snickers bar made in Waco, Texas, has broken the Guinness World Record and grabbed the eyeballs of social media users all across the globe.

Weighing in at more than 2,144.5 kg and measuring two feet high and 26 inches wide, the Guinness Book of World Records declared it as the world's largest Snickers bar.

"Congrats to @SNICKERS on creating the world's LARGEST chocolate nut bar! Weighing in at a hefty 2144.5 kg, it includes 3,500 pounds of chocolate and 1,300 pounds of caramel", they added.

A user wrote: "I could break the record for eating the world's largest nut-cased chocolate bar @SNICKERS." A post read, "Oh man, I want a piece!"

"How long would it take someone to finish that @SNICKERS bar?" asked one user.

A Tweeple remarked, "Wow! If help is required, to finish it, I can always pitch in and lend a helping hand always Snickers bar."