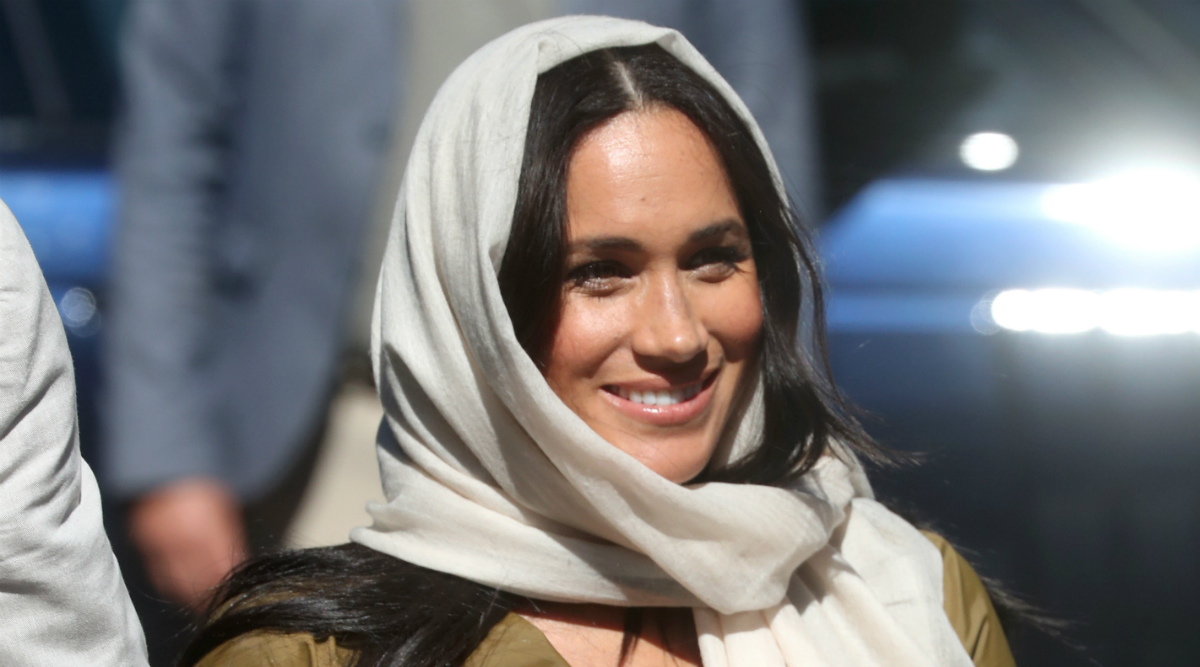 The beaming 38-year-old Duchess addressed the crowd of local women and girls supported by community charity Justice Desk on the stump of a tree where she proudly spoke of her racial heritage."On one personal note, may I just say that while I am here with my husband as a member of the royal family, I want you to know that for me, I am here as a mother, as a wife, as a woman, as a woman of colour and as your sister," she told the cheering crowd."I am here with you, and I am here for you," Markle continued.

Prince Harry also took time to address the violence impacting women in the area, as well as his latest role -- that of a father to the couple's 4-month-old son Archie Harrison Mountbatten-Windsor."No man is born to cause harm to women," said Harry. Meghan Markle Launches Clothing Line to Help Jobless British Women, Says ‘As Women, It’s 100% Our Responsibility to Support and Uplift Each Other’.

"This is learned a behaviour and a cycle that needs to be broken. So now, it's about redefining masculinity, it's about creating your own footprints for your children to follow in so that you can make a positive change for the future. To me, the real testament of your strength isn't physical, it's what's up here and what's in here. Your strength is in your spirit, which for me means honouring and protecting my wife, and being a positive role model for my son."

Concluding his speech, he said, "I wanted to ensure that our first visit as a family, with my wife by my side, focused on the significant challenges facing millions of South Africans, while acknowledging the hope we feel so strongly here." After watching young girls take a self-defense class, Meghan encouraged women to fight for "respect, dignity and equality."