Most Used Emojis in India on Twitter 2019: Laughing Face With Tears is Everyone's Favourite Emoticon This Year 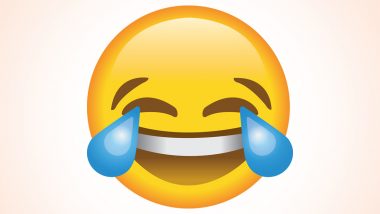 Microblogging platform Twitter has revealed all the trends throughout the year 2019. From the most tweeted conversations, hashtags, and people in India they have revealed the top 10 of every category from entertainment, sports, politics and other mediums. No conversation today is complete without emojis and Twitter has revealed the top 10 emojis that were used on the social media platform. Can you guess which will be the most used emoji throughout the year? Well, it's everyone's favourite, the laughing face with tears. The big grin, uplifted eyebrows, smiling eyes, each shedding a tear from laughing so hard is the number one emoji used this year. Golden Tweet of India in 2019: Narendra Modi Tweet Celebrating BJP's Victory in Lok Sabha Elections 2019 Bags Tweet of The Year.

Twitter India posted all updates about the trends seen throughout this year. This includes the most tweeted figures in Bollywood, politics, Tamil entertainment, sports. Twitter has also released the most used hashtags in conversations, the events that were celebrated, the athletes that were searched for, etc giving an overall annual Year on the Twitter report! The top emojis includes Namaste gesture, fire, heart-eyed smiley face, blushing face, thumbs up, thinking face and the laughing one.

Last but certainly not least, these were the emojis that made our Tweets so much more fun!

Tweet to us, and tell us what your favourite moments of 2019 were!#ThisHappened pic.twitter.com/nhBQZRhyN5

The laughing so hard with tears is almost the go-to emoji for most of us today. The second is the Namaste emoji, which is often confused with a Hi5 symbol. At number three is the Fire emoticon. So these are the top three emojis used on Twitter in India.

(The above story first appeared on LatestLY on Dec 10, 2019 01:32 PM IST. For more news and updates on politics, world, sports, entertainment and lifestyle, log on to our website latestly.com).