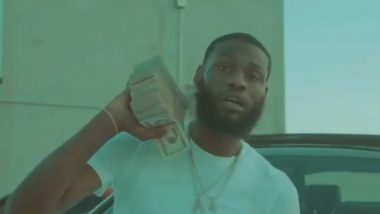 Over time we have come across some many tales of forgery and theft that redefined the process. This North Carolina thief’s case was also different. But he was not smart enough to hide the fact that he is a stealer! Also, his case proved that social media is the easiest way for a person to dry snitch on themselves. Identified as Arlando Henderson, an employee of Charlotte financial institution, allegedly stole money from deposits made by customers that were held in the vault. He reportedly stole on at least 18 separate occasions in 2019, and the total sum up was $88K, in cash! However, as we said, unlike other thieves, he flaunted the money on Instagram. With the help of those videos, police arrested him. Thief in Queensland Enters Store Wearing a Shopping Bag to Hide His Face.

Henderson began working at the bank in April this year. Throughout July and August, 2019, Henderson used his social media accounts to post several pictures and videos of him holding large stacks of cash, reported CNN as per the official’s release. His Facebook and Instagram accounts’ photos show him posing with stacks of cash, and the US Attorney’s Office reported that he used the money to make a $20,000 down payment to buy a new Mercedes-Benz. While his Facebook account is not available anymore, his Instagram is still up. Russian Thief Painted His Face in Green to Disguise His Identity!

He even falsified bank documents to obtain a car loan from another financial institution to cover the remaining balance of the vehicle, prosecutors said. He posted videos and images of him holding firearms and towering stacks of cash to his social media profiles.

How did he steal? Henderson stole the money from customer’s deposits and reportedly put the money in his own account at an ATM near his workplace and falsified records to cover the thefts. On December 4 in California, Henderson was arrested. His charges are an estimated $1.25 million fine and about 40 years in prison.

(The above story first appeared on LatestLY on Dec 16, 2019 11:09 AM IST. For more news and updates on politics, world, sports, entertainment and lifestyle, log on to our website latestly.com).