Corporal punishment ordered to a 28-year-old Philippines man to perform 300 squats after he missed the COVID-19 curfew caused his death after experiencing seizures. He died after allegedly being forced by village guards to do squats 300 times as a punishment for violating coronavirus quarantine. 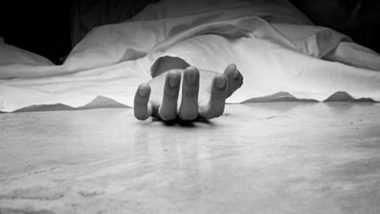 Corporal punishment ordered to a 28-year-old Philippines man to perform 300 squats after he missed the COVID-19 curfew caused his death after experiencing seizures. He died after allegedly being forced by village guards to do squats 300 times as a punishment for violating coronavirus quarantine. The reason for him violating the curfew was to buy water. Darren Manaog Peñaredondo was caught buying drinking water after 6 pm, allegedly in violation of the Covid curfew in the city of General Trias, in Cavite province, Rappler reported. The province is under "enhanced community quarantine status" which includes a curfew from 6 pm to 5 am. Peñaredondo’s partner, Reichelyn Balce, told Rappler that Peñaredondo and another man who had allegedly violated Covid restrictions were "brought to the Plaza Malabon in front of the municipal hall. And then, they were told to do pumping exercises 100 times" on Thursday last week.

Authorities allegedly said the pair would be forced to repeat the exercises if they were not in sync and ultimately forced the pair to do the exercise – a pumping motion similar to squats – 300 times, Balce wrote in a Facebook post. Peñaredondo arrived home at 8 am the next day and could barely move without assistance because he was so tired, wrote Balce. Peñaredondo told Balce he had also fallen "several times" while performing the exercises.

"That whole day, he struggled to walk, he was just crawling," she wrote. Later that day, he began having seizures and his heart stopped. He was revived briefly but died at around 10 pm.

The city’s police chief, lieutenant colonel Marlo Nillo Solero, told Rappler that there was no such punishment for people who violated Covid restrictions. "Instead, we conduct lectures," he said. The city’s mayor, General Trias Mayor Antonio Ferrer, confirmed in a Facebook statement that an investigation was underway. "Brother goodbye we love you so much," Balce wrote. "We will not allow justice not to be given to your loss."

The Philippine government extended a national lockdown by another week Monday after coronavirus infections started to overwhelm many hospitals in the capital and outlying regions. The Philippines has reported more than 795,000 cases with 13,425 deaths, the highest totals in Southeast Asia after Indonesia.

(The above story first appeared on LatestLY on Apr 07, 2021 04:18 PM IST. For more news and updates on politics, world, sports, entertainment and lifestyle, log on to our website latestly.com).