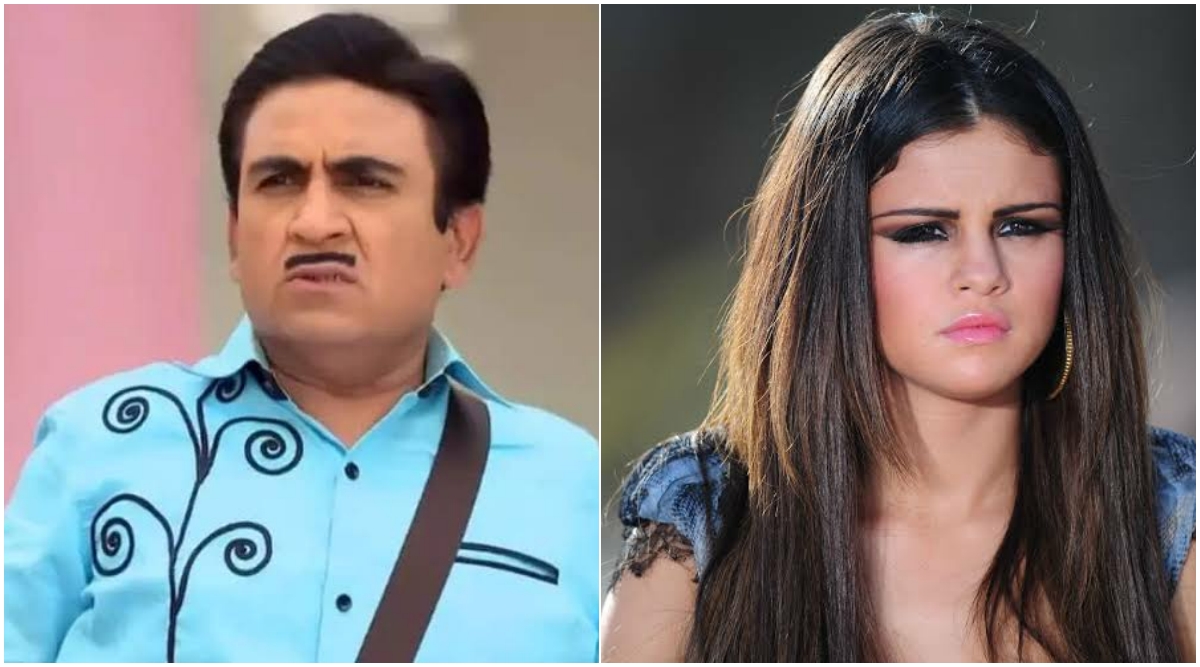 There are fans and then there are some maniacs who would do some unthinkable things out of fandom. Now, who would have thought American singer Selena Gomez and Jethalal Gada of Taarak Mehta Ka Ooltah Chashmah would have a connection? Well, a die-hard fan of the singer has found out similarities between their looks and made a Twitter thread out of it! Needless to say, it is the quirky things like these that get everyone's attention and the thread is going viral. Vadivelu as Baby Yoda Funny Memes and Jokes Are All Over Twitter and Our Lives Are Not Going To Be The Same Again.

A Twitter user who goes by the handle @selg_stan is a fan account of Selena Gomez. He has made a whole thread of combining pictures of the two dressed in same coloured outfits or sporting somewhat same expression. Well, Jethalal Gada is popular in his own vein irrespective if one has watched the TV serial or not. The comparisons between the two unlikely figures, however, are hilarious.

A Throwback We Didn't Want!

Well, we got to give it to the creativity of this user. Like who would have ever thought, these two would have a common twinning aspect! We don't know how Dilip Joshi, the actor who plays Jethalal would react to this connection. Fans of Selena, can you unsee this?