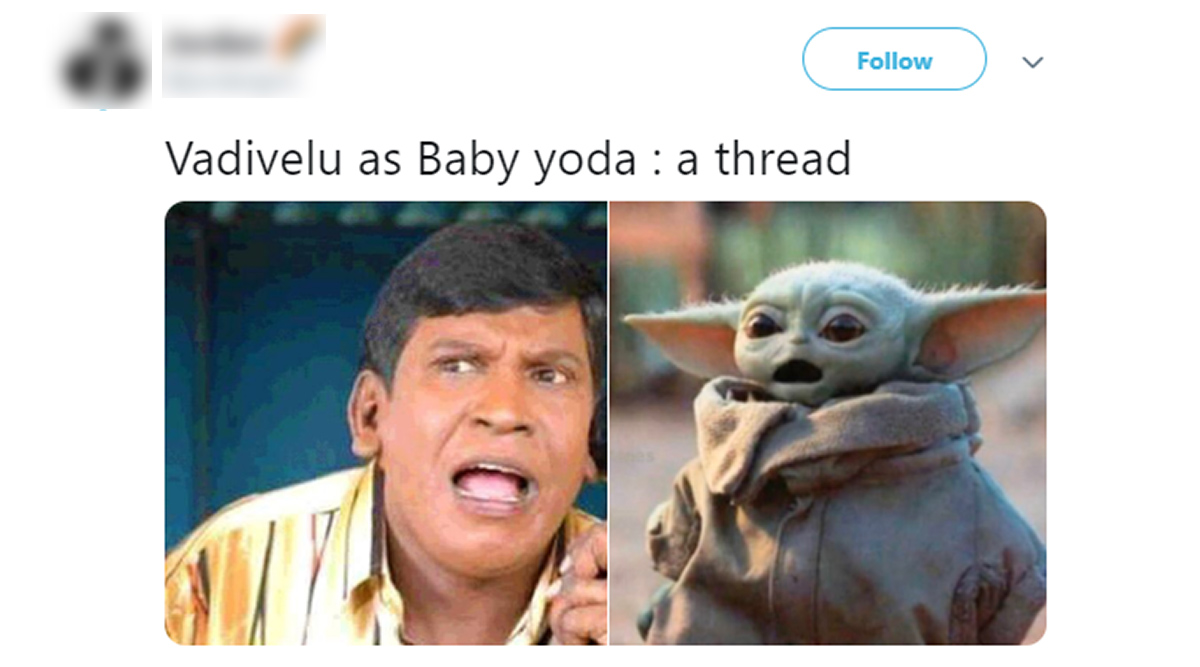 Baby Yoda is legit everywhere and the little one perfectly deserves to be all over our social media. The bundle of cuteness, honestly just has to exist to make lives of so many people better. Right from his "chiccy nuggies" to his "choccy choccy" and "snackie snack", everything about the little happiness melts the heart. Baby Yoda has owned The Mandalorian like no other character. Honestly, most of us are getting to know about The Mandalorian because of Baby Yoda's puppy eyes. Funny Baby Yoda Memes and Jokes: These Memes Having Cute Baby Yoda's Pictures Will Melt Your Heart While You LOL.

However, just recently someone made a thread that includes Vadivelu as Baby Yoda Funny and now the funny memes and jokes, everywhere. For those who do not know Kumaravadivel Natarajan, professionally also known as Vadivelu, is a popular Indian film actor and playback singer. He has been performing as supporting actor and even lead roles in the comedy genre in Tamil films since the 1990s. But now a Twitter thread comparing all his expressions to Baby Yoda is going viral. And we must say, they are quite on point! Check memes and jokes: Funny Baby Yoda with His Soup Memes Are Going Viral and Our Hearts Are Collectively Stolen.

What Did I Just See

Who Did This To Baby Yoda?

Did you see that? Someone took all the pains to look up for all the pictures of the actor and go through his expressions to see which ones match with Baby Yoda's the most! Well, baby Yoda is here to stay, there is no way his memes are going anywhere.