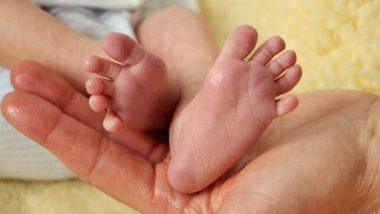 Geneva, October 18: A couple in Switzerland, who spoke to the local media on condition of anonymity, have named their newborn girl after an internet service provider. The decision was taken by Swiss couple after the company promised them free Wifi services for the next 18 years. Free Internet Being Provided to Students in India For Online Education And Exams? PIB Fact Check Debunks Fake WhatsApp Message.

The service provider, named Twifi, ran a social media advertisement campaign stating that the parents of a newborn would be provided free internet for 18 years if they name their child after the company. As per the deal, a boy should be named as Twifius, whereas, a girl will be named as Twifia.

The 35-year-old father of the newborn girl, who is named after the company, came across the ad on Facebook. While they were initially reluctant despite the lucrative offer, the parents ultimately decided to keep her middle name as Twifia after considering the amount they will be able to save for 18 years.

The amount saved would be kept in a savings account opened on behalf of the newborn daughter. When she would turn 18-year-old, she would be allowed to use the same for buying a car or continuing her studies, said the toddler's mother.

Philippe Fotsch, owner of the internet company, said he would honour his promise of providing free Wifi even if his company hits the ground. He further claimed that the offer is still active and other parents of newborn are welcomed to avail free services if they name their child after Twifi.

(The above story first appeared on LatestLY on Oct 18, 2020 08:14 PM IST. For more news and updates on politics, world, sports, entertainment and lifestyle, log on to our website latestly.com).