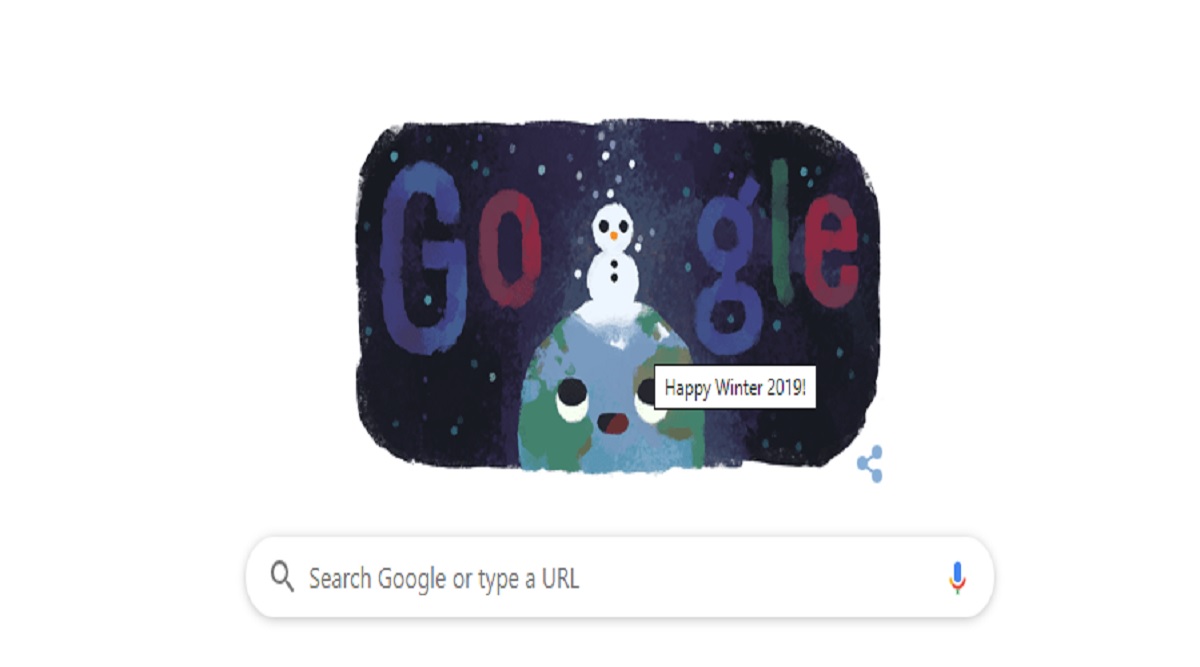 The Winter Solstice in India is on Sunday, December 22, 2019. It marks the shortest day and longest night of the year-- a phenomenon that occurs when one of Earth's pole has its maximum tilt away from the Sun. Also known as December Solstice, it marks the beginning of winter season in the Northern Hemisphere. This year winter begins from December 22 and will last till March 20, 2020. Tech giant Google came up with an adorable snowy doodle to observe the winter season. Google Doodle for Fall 2019 and Spring 2019 Will Make Everyone Living in Northern and Southern Hemisphere Very Very Happy!

The solstice occurs twice annually, as the Earth is divided into two hemispheres. December 22 is the day when Earth's axis will tilt on its axis by 23.5 degrees in the Northern Hemisphere, away from the Sun's warmth. Traditionally in many temperate regions the Winter Solstice is seen as the middle of winter season. However, today, in some countries and calendar, it is seen as the beginning of winter. However, it is reverse in the Southern Hemisphere. For countries like New Zealand and Australia, it marks the beginning of summer season.

The word solstice comes from Latin sol“sun” and sistere “to stand still.” Winter solstice is also known as hibernal solstice has various astronomical beliefs and stories attached to them. Our ancestors considered longest night, a host of many traditions and customs; the significance of which is still seen today. Children’s Day 2019 In India Doodle for Google Full Winners' List: Search Engine Giant Releases Beautiful Images To Mark Bal Diwas.

People who still have faith in the day, gather at Stonehenge on Salisbury Plain to mark the occasion. At the winter solstice, the Sun appears at its most southerly point. Pagans meet at dawn to watch the morning sun rising over the ancient circle's Heel Stone.