Atal Bihari Vajpayee Punyatithi 2022: Inspirational Quotes, Poems and Sayings by the Former Prime Minister of India on His Death Anniversary

Atal Bihari Vajpayee was known for ushering a new era which focused on the welfare of the poor and country's foreign relations. The very well-known leader was revered and loved by the citizens for his inspirational words and poems. Below, take a look at his motivational quotes, poems and sayings on Atal Bihari Vajpayee Punyatithi 2022!

Atal Bihari Vajpayee, the former Prime Minister of India, was the first Non-Congress leader to have completed his term. He was well-known for initiating the Pokhran nuclear tests and improving relations between India and Pakistan. He also co-founded the Bharatiya Janata Party (BJP) and was its renowned senior leader. Atal Bihari Vajpayee breathed his last on August 16, 2018, due to prolonged age-related illness. As India observes Atal Bihari Vajpayee Punyatithi 2022, here are his inspirational quotes, poems and sayings to commemorate the great personality on his fourth death anniversary. 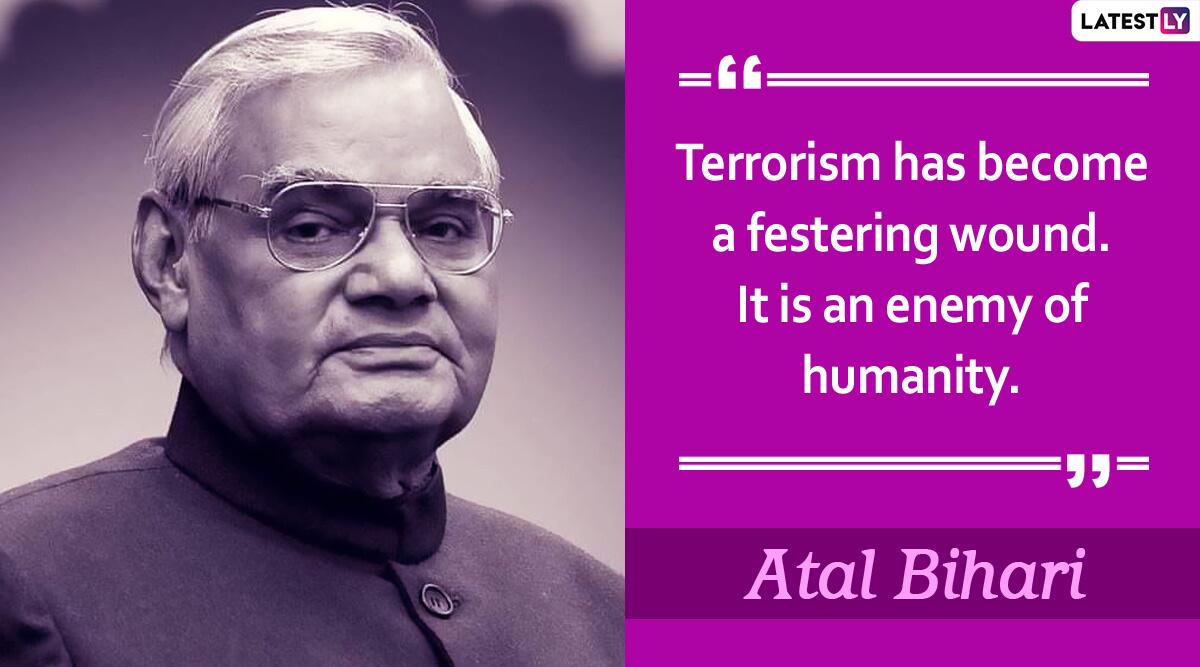 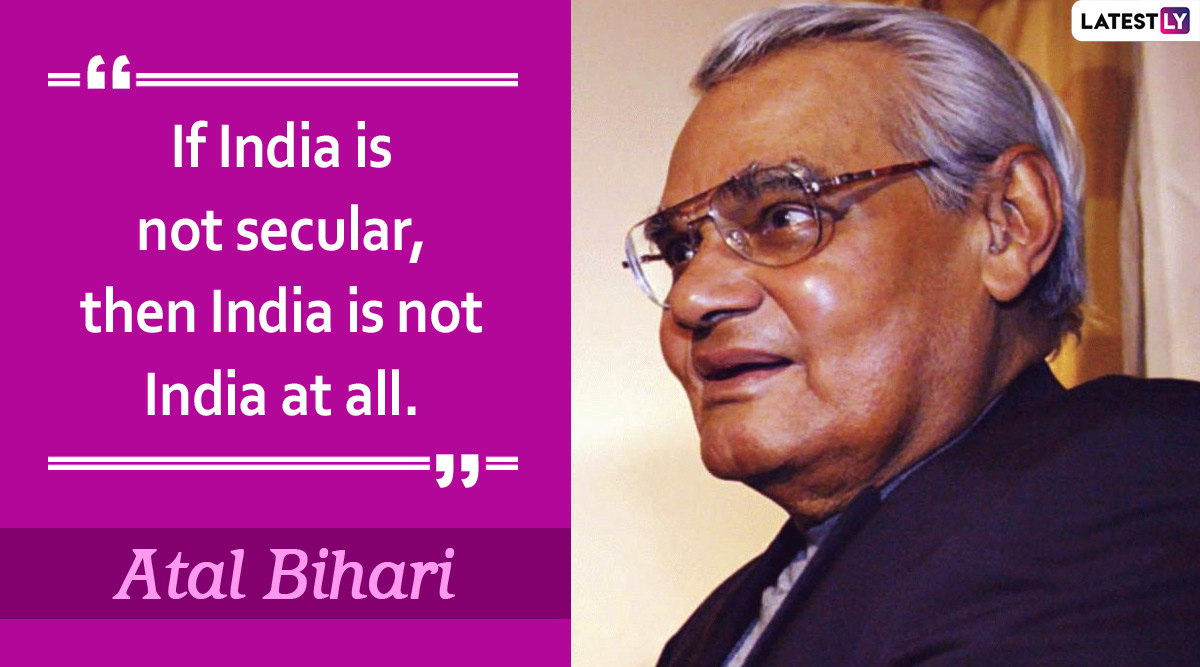 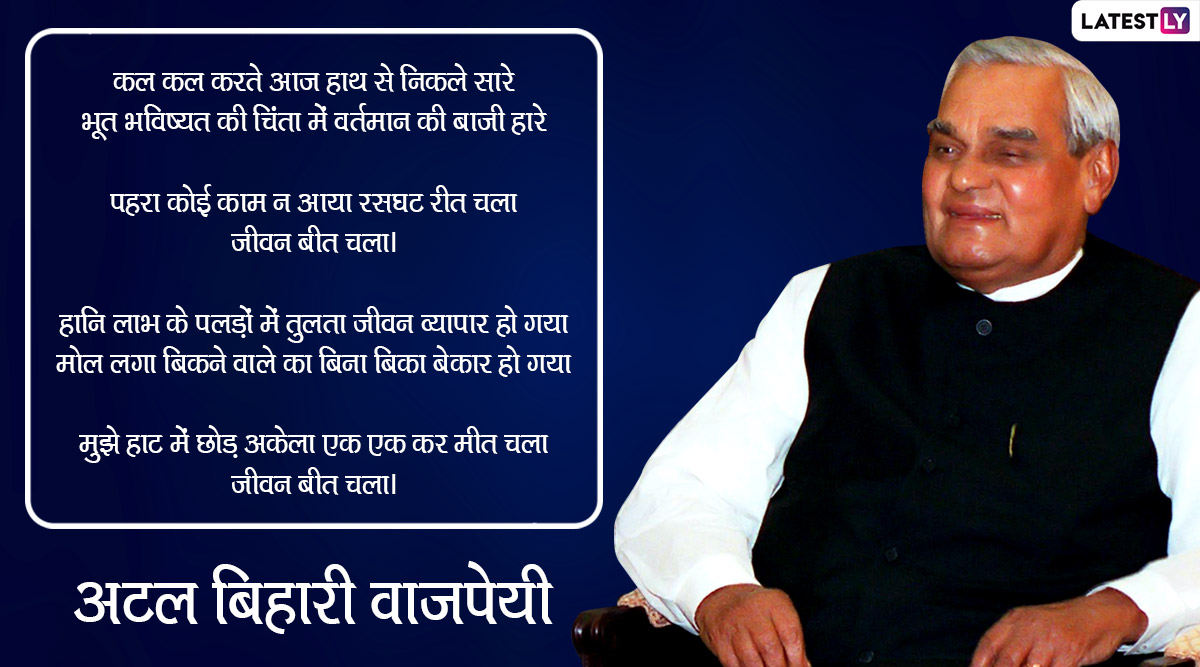 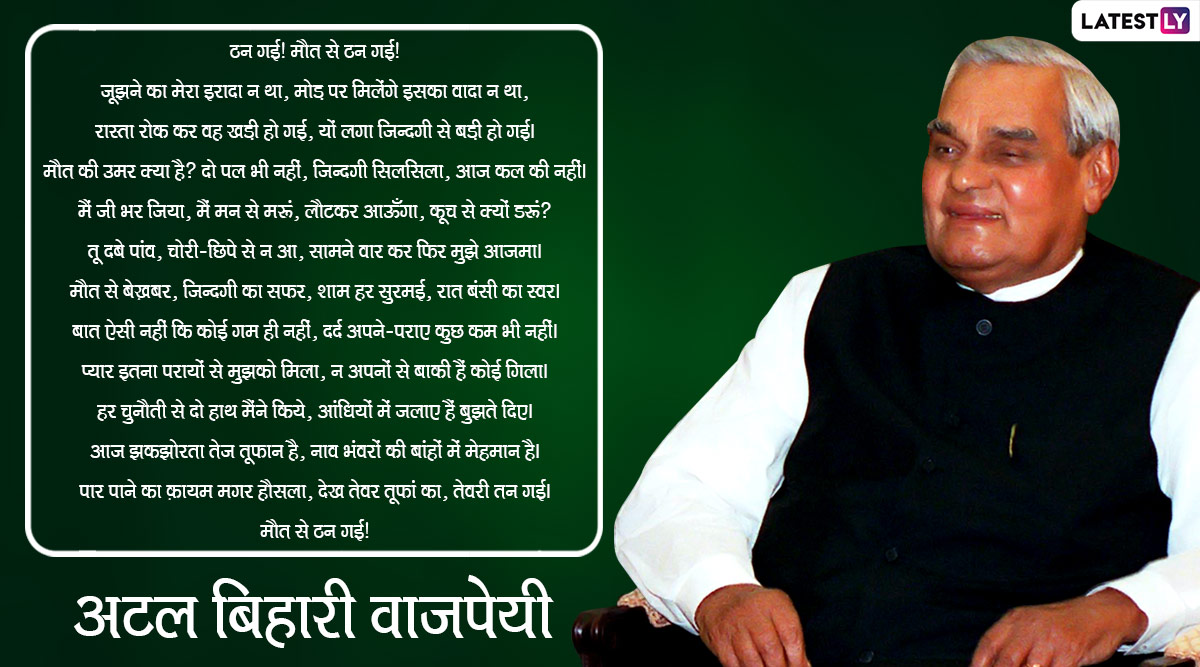 Important Sayings by The Former Prime Minister of India 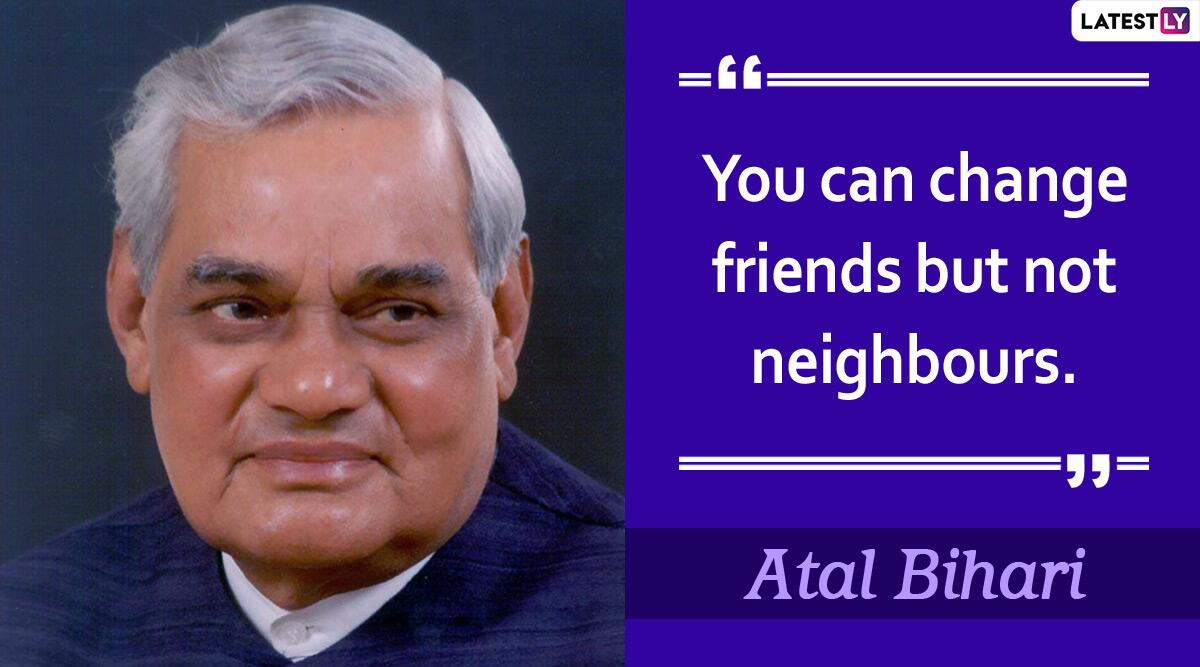