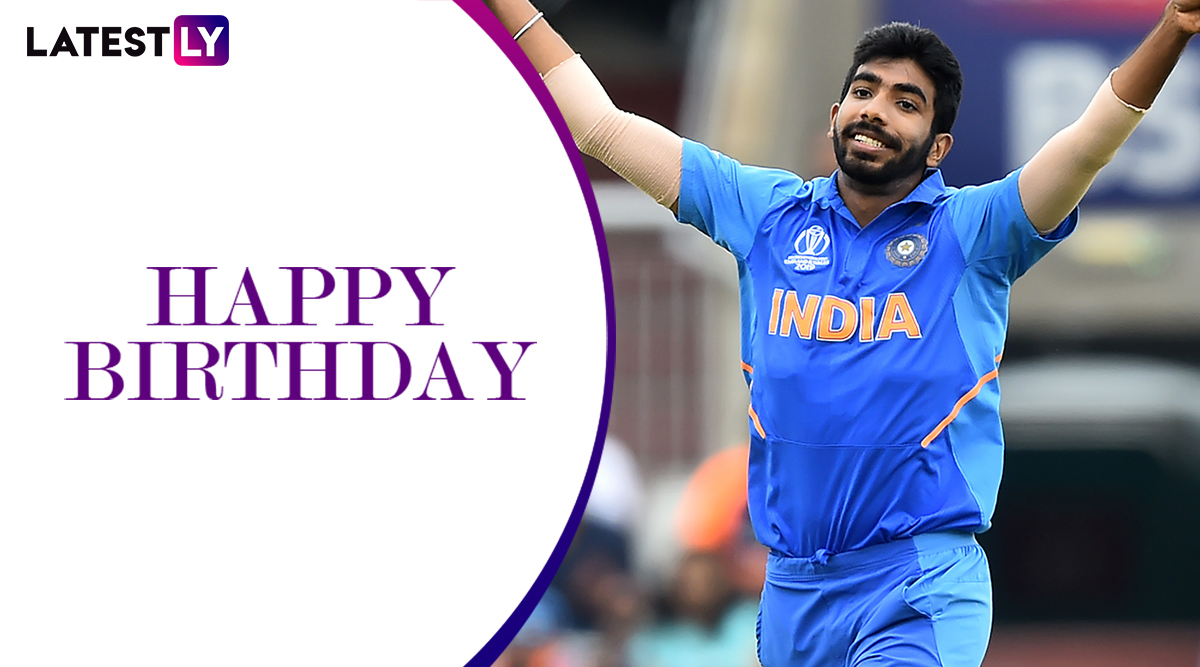 Jasprit Bumrah celebrates his birthday on Friday (December 6). The IPL team Mumbai Indians’ player turns 26 years old on Friday. The Indian pacer is the top-ranked ODI bowler currently. Bumrah has gained a lot of success in world cricket since his international debut in India vs Australia 1st T20I on January 26, 2019. With his consistency to bowl yorkers and ability to deliver variations during bowling, Bumrah has an upper hand over many bowlers in international cricket. As the young Indian pacer celebrates his 26th birthday, we will look at some lesser-known things to know about Jasprit Bumrah. Abdul Razzaq Says 'I Would Have Easily Dominated Jasprit Bumrah'.

Jasprit Bumrah has played 12 Tests, 58 ODIs and 42 T20I matches so far. He has taken 62 wickets in 24 Test innings with best figures of 6 wickets for 27. He also accounts for a hat-trick in Tests which he took against West Indies in 2019. In 58 ODIs, he has grabbed 103 wickets with a best figure of 5 wickets for 27 runs. In his T20I career, Bumrah has taken 51 wickets in 42 games so far with best figures of 3 wickets for 11 runs. Below we look at some lesser-known things to know about Jaspirt Bumrah. Jasprit Bumrah Hits the Gym As He Returns From Injury, Watch Video of Indian Pacer’s Intense Workout.

Well, these facts really prove that Bumrah had a special bowling talent in himself and he modified his ability to become a leading bowler in cricket. He recently suffered an injury in the back but has completely recovered. Bumrah is also looking to make a comeback in India tour of New Zealand 2020.