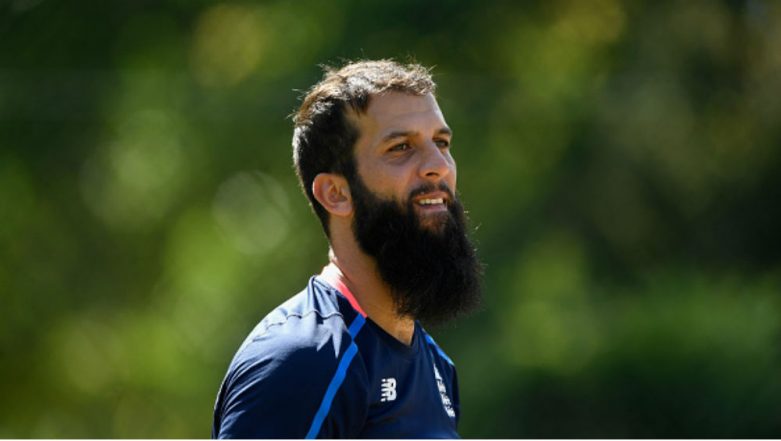 London, May 21: All-rounder Moeen Ali has urged fans, who will be coming to England to watch the upcoming World Cup, not to make personal barbs at tainted Australian duo of Steve Smith and David Warner during the showpiece event beginning May 30. Smith and Warner will be donning the Baggie Green for the first time in England since they were banned for an year by Cricket Australia following their involvement in the ball tampering scandal which took place in South Africa last year.

However, Ali wants fans to refrain from heckling the duo in the prestigious quadrennial tournament. "I really hope they don't get too much stick. I want them to enjoy the series. If you have to, keep it funny, not personal," Ali told The Guardian. ICC Cricket World Cup 2019 All Teams Squad: Full Players List of Nations Participating in CWC 19.

"We all make mistakes. We are human beings and we have feelings. I know deep down they are probably really good people. I just hope they get treated decently. I just want the cricket to be spoken about," he added. Earlier, Australia head coach Justin Langer had said both Smith and Warner would require sensitive monitoring and handling over the coming months.

Both men played key parts in the recently concluded edition of the Indian Premier League (IPL) for their respective franchises, though they had to leave the tournament early due to the Australia camp.