In 1990/91, New Zealand kept their winning streak at home going. They won this series 1-0, with Wright, Hadlee, and Smith being the major contributors. 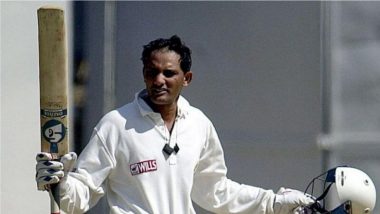 Just ahead of India’s 1989/90 tour of New Zealand, Raj Singh Dungarpur had approached Mohammad Azharuddin: ‘Miyan, kaptaan banoge?’ Azhar, having led only four times in First-class cricket, had agreed. And now he was here, leading India against Richard Hadlee in his homeland.

New Zealand won the first Test match, at Christchurch, by 10 wickets. Then they drew in Napier and Auckland to win the series. To nobody’s surprise, Hadlee took 12 wickets at 26.58 and scored 28 and 87 in the two innings he batted in. India vs New Zealand Part 8, 1988/89: Richard Hadlee's Record, a Fielding Commentator.

New Zealand’s only win was set up by John Wright’s nine-hour 185. Hadlee then took 7-114 in the match and Danny Morrison 6-171. India managed to avoid the innings defeat by just two runs. New Zealand won by 10 wickets.

Two days were then washed out at Napier. Wright got 113 not out this time, but that was not the only way he hurt the Indian fans. India had ended Day 3 with a teenage Sachin Tendulkar on 80. Another 20 runs would have made him the youngest to score a Test match hundred. As things turned out, he hit two fours next morning before hitting Morrison to Wright. India vs New Zealand Part 7, 1980/81: History for New Zealand.

India finally turned things around in Auckland. They reduced New Zealand to 85/6, then 131/7, when Ian Smith walked out. Smith hit everything that came his way, eventually finishing on a 136-ball 173 – still the highest score by a No. 9 in Test cricket. New Zealand recovered to 391.

(The above story first appeared on LatestLY on Jun 21, 2021 05:43 PM IST. For more news and updates on politics, world, sports, entertainment and lifestyle, log on to our website latestly.com).