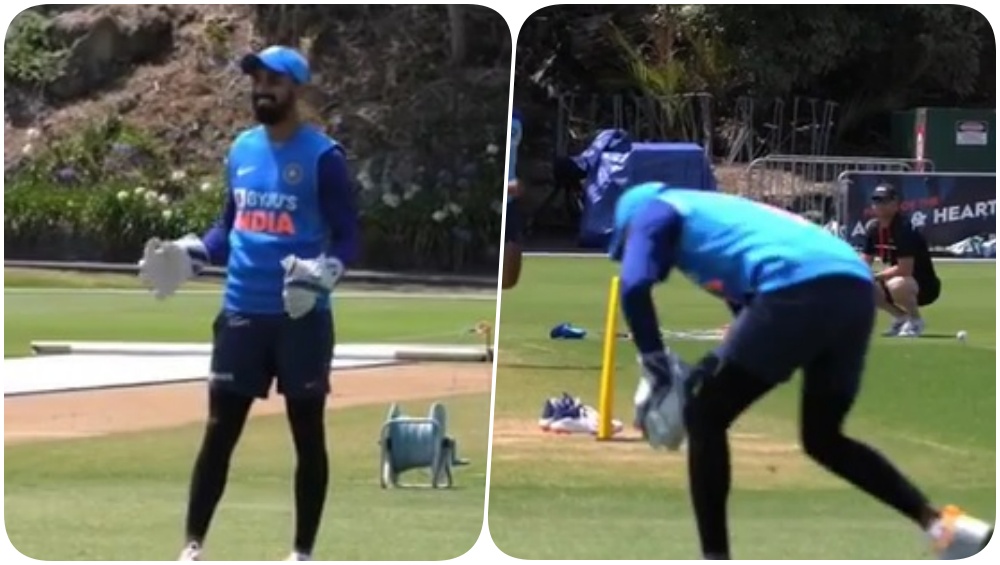 The Indian team has already reached New Zealand and also sweated it out in their first practice session ahead of the first T20I game against Kane Williamson’s team. The match will be held on January 2, 2020, at the Eden Park in Auckland and the visitors will surely be looking to start the overseas series with a win. Now, ahead of their first game, the Men in Blue gathered at the Eden Park stadium and prepared for their first game. KL Rahul who is filling into the shoes of injured Rishabh Pant was seen keeping wickets in the nets extensively. India vs New Zealand 1st T20I.

The Karnataka batsman looked more than ready to keep wickets. KL Rahul who was exceptional not only with the willow but also behind the stumps was seen fine-tuning his art and was more than happy to do so. KL Rahul was seen obstructing the ball whenever necessary. The video of his wicket-keeping was shared on social media of the Indian Cricket Team. Check out the video and the pictures of India’s nets session below:

The mood in the camp as we have our first practice session! 😎✌🏽😁 #TeamIndia #NZvIND

The last time the two sides met each other was during the CWC 2019 where Kane Williamson and men defeated the Indian team by 17 runs in the semi-finals of the tournament. Ahead of the game, Virat Kohli was asked about the rivalry between the two teams and he downplayed the same by saying that the Kiwis are so good that you can’t have a rivalry with them.