KL Rahul vs Shikhar Dhawan Opening Conundrum: 3 Reasons Why Rahul Should Partner Rohit Sharma at the Top During India vs Australia ODI Series 2020 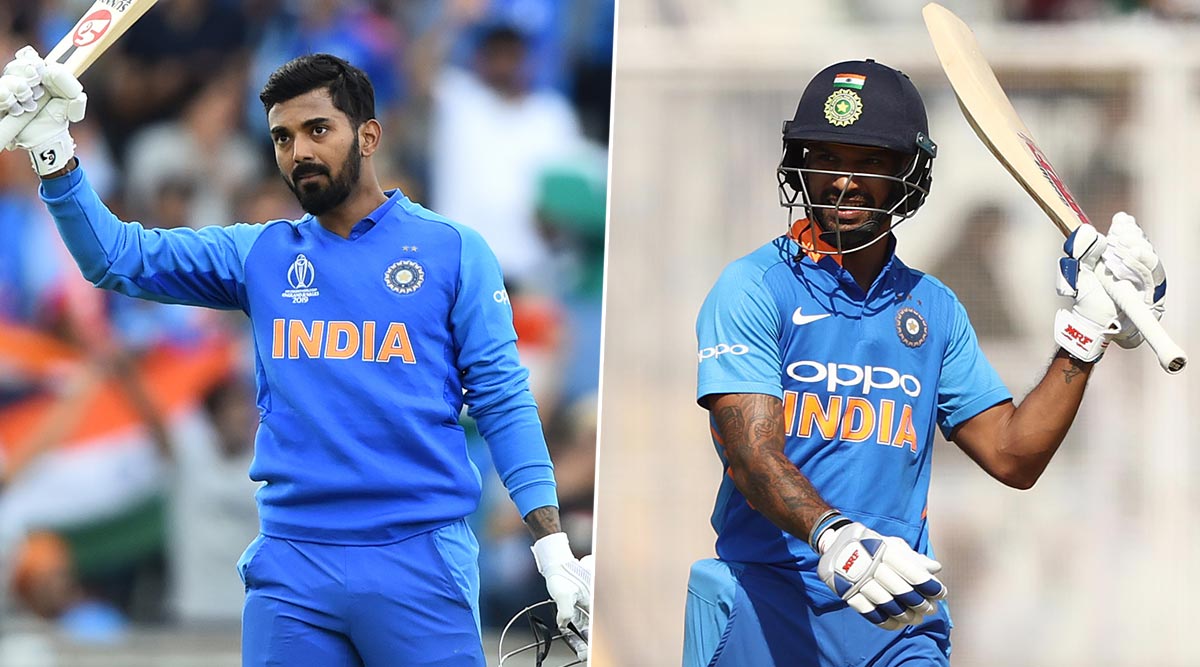 India might have won the third T20I against Sri Lanka to clinch the series 2-0 but the triumph has increased certainly Virat Kohli’s headache of choosing the opening combination for the first ODI against Australia in Mumbai. In the final T20I against the Lankans, both KL Rahul and Shikhar Dhawan mustered half-centuries and made their case stronger for the opening slot. With Rohit Sharma coming back in action against the Aussies, it’s certain that one slot will be grabbed by him while for others it will be toss-up between Rahul and Dhawan. However, the former has enjoyed a great run in recent times and below, we’ll look at three reasons why Rahul should be picked over Dhawan for the upcoming ODI series. BCCI Announces Team India’s Squad for Home Series Against Australia in January 2020.

The right-handed opener has looked in sublime form lately and keeping him out of the playing XI will certainly not be justified. Well, Shikhar also made a thumping comeback in the T20I series and smashed a 36-ball 52 at the MCA Stadium in Pune but will be enough to overshadow the swashbuckling batsman, who’s looking at his peak. So, as the KL Rahul vs Shikhar Dhawan debate heats up, let’s look at three reasons why the Karnataka-born batsman should start India’s innings instead of Dhawan. India vs Australia ODI Series 2020: Jasprit Bumrah vs David Warner, Virat Kohli vs Mitchell Starc in Mini Battles to Watch Out For.

With Dhawan being 34, the left-handed batsman is certainly in the latter half of his career. While Rahul, on the other hand, is just 27 and certainly has a lot of cricket left in him. Well, along with clinching the upcoming series, India must also have an eye on the 2023 World Cup which the left-handed batsman is not likely to play. However, India should invest in Rahul to give him maximum exposure before the gala tournament.

2019 was certainly not a great year for Dhawan as he dealt with a flurry of injuries and couldn’t play a lot of international cricket. Well, his ouster proved to be a blessing in disguise for KL Rahul who made an impeccable use of the opportunity and played many blistering knocks. In the ODIs against West Indies, Rahul scored a brilliant hundred in the second ODI and replacing him will certainly not be a wise option.

Keeping the ICC T20 World Cup 2020 in mind, the Men in Blue will want to step up with a stable opening combination. With an average over 44 along with a strike rate close to 150, Rahul has to open the innings in the show-piece tournament and it’s important to give him enough time to bat with Rohit at the top-order. Well, Rohit and Shikhar have an impressive partnership record but it’s high time and India should look at the bigger picture.

The first of the three ODIs will be played on January 14 at the Wankhade Stadium in Mumbai and it certainly one of the most awaited series. Both Australia and India have played some fantastic white-ball cricket in recent times and must leave no stones unturned to get the better of each other in the upcoming series.