The 31-year-old spinner is already in England for the upcoming five-match Test series between India and England, scheduled to begin from August 1. 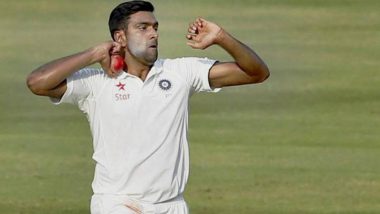 Mumbai, July 23: Indian off-spinner Ravichandran Ashwin is set for a second stint at the Worcestershire team, as the county has re-signed the Indian spinner for the last of their two County Championship matches. The Board of Control for Cricket in India (BCCI) have let the off-spinner to join the County Club in the Division One matches in September. The spinner will be playing against Essex and Yorkshire clubs. The spinner had helped Worcestershire in improving their standing in the last season.

The Coach of Worcestershire, talking to the club's website, said that  “Ashwin is world class and he loved it at Worcestershire. Conversations have been ongoing about him coming back and I’m sure he will be a great fillip for us."

The 31-year-old spinner is already in England for the upcoming five-match Test series between India and England, scheduled to begin from August 1.

Ashwin, who has not been in the favour of selectors in the shorter and limited format of the game, is back in the Test squad. Other players who will join India's test team are Mohammed Shami, Ishant Sharma, and  Cheteshwar Pujara. India will play a four-day warm-up match against Essex beginning from July 25, before the start of the Test series against England.

(The above story first appeared on LatestLY on Jul 23, 2018 08:41 PM IST. For more news and updates on politics, world, sports, entertainment and lifestyle, log on to our website latestly.com).