Rohit Sharma, Ajinkya Rahane Talk About Their Daughters Over Dinner 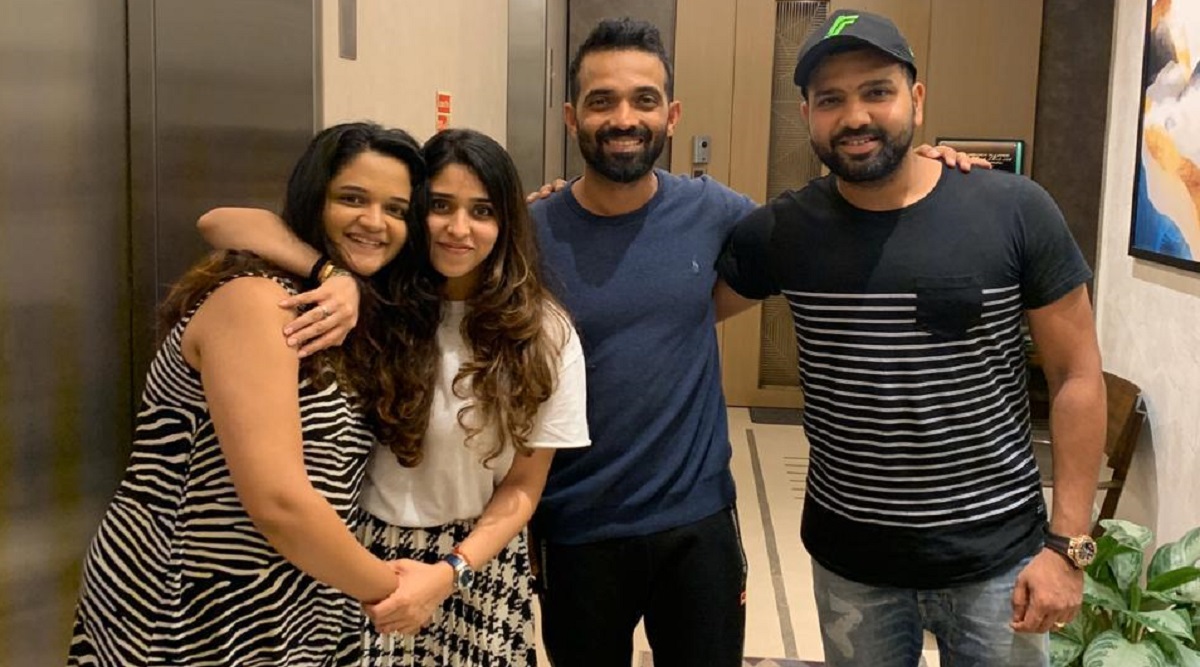 Mumbai, January 9: India vice-captains Rohit Sharma and Ajinkya Rahane spent time talking about their daughters and parenting in the company of their wives over dinner during their time away from the game. In a tweet, India's Test vice-captain Rahane on Thursday shared a photo of his wife Radhika Dhopavkar, Rohit and his wife Ritika Sajdeh with a caption saying: "2020: Dinners filled with conversations about our daughters & parenting."

India's limited overs vice-captain Rohit has been rested from the ongoing series against Sri Lanka while Rahane plays only the five-day format for which he is gearing up ahead of the New Zealand tour. Virat Kohli's Dilemma: Ajinkya Rahane and Rohit Sharma or a Fifth Bowler?

2020: Dinners filled with conversations about our daughters & parenting pic.twitter.com/b9Z8wKChXc

Rahane will take part in the second India 'A' four-day game against New Zealand between February 7 to 10. India will play two Tests against the Kiwis from February 21. Rohit, meanwhile, will join the squad for India's three one-dayers against Australia, starting January 14.