Shahid Afridi on One of His Biggest Sixes in International Cricket, 'Just Wanted to Show My Friend Andrew Symonds Who Was the Big Hitter' (Watch Video) 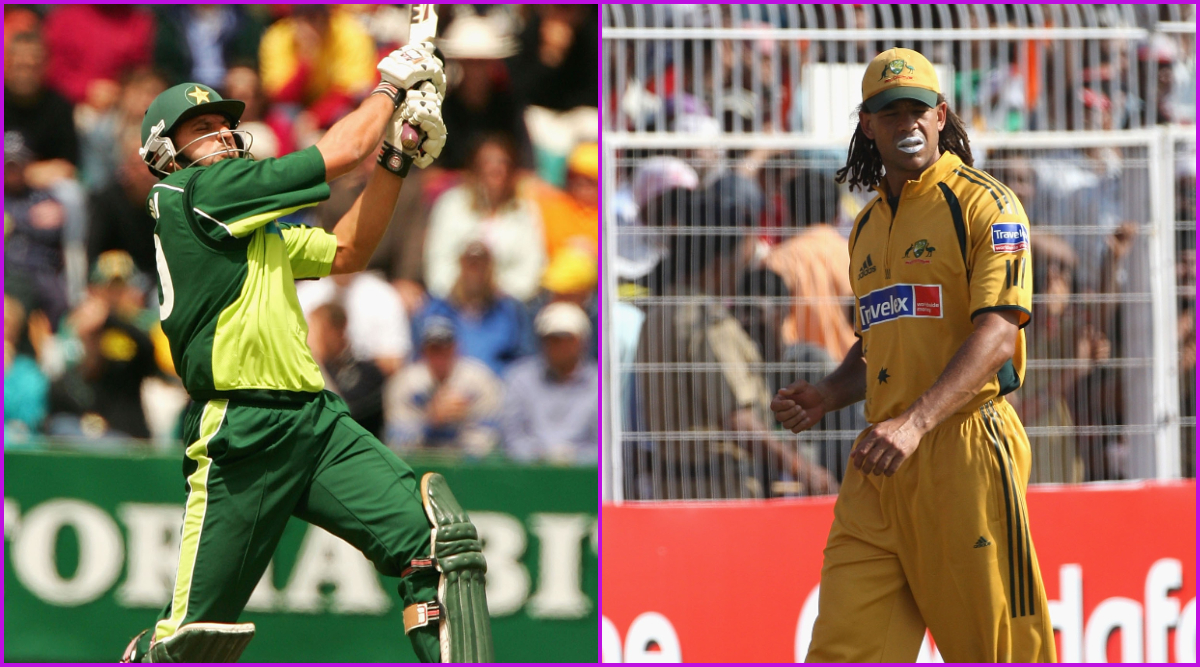 Former Pakistan captain and all-rounder Shahid Afridi holds the record of most sixes in One-Day Internationals (ODIs). The aggressive batsman during his 398-match ODI career slammed 351 sixes followed by West Indies batsman Chris Gayle with 331 big hits. Afridi not only smashed sixes at ease, but he often would hit them big. Afridi holds an unofficial record for the longest six in International cricket as well, a 158-meter long hit against South Africa in 2013. Meanwhile, the former Pakistan cricketer on Twitter retweeted a video of him hitting Australian bowler Andrew Symonds for a massive six over long-on. Shahid Afridi Reacts After Yuvraj Singh, Harbhajan Singh Face Backlash for Supporting Former Pakistan Captain's Foundation Doing Relief Work Amid Coronavirus Crisis.

The video was from 2005 tri-series match between Australia and Pakistan at WACA Ground in Perth. Chasing 266, Pakistan won the match by three wickets with Afridi playing a match-winning cameo. The right-hander smashed 30 off just 13 balls at a crucial time, which included three fours and two sixes.

Interestingly, it was Symonds who accounted for the Pakistan all-rounder. Meanwhile, reliving the big hit, Afridi wrote, “Just wanted to show my friend Symonds who was the bigger hitter.” Harbhajan Singh Hits Back at Trolls After Being Slammed for Supporting Shahid Afridi, Says ‘Spread Love, Not Hate or Virus’.

Just wanted to show my friend Symonds who was the bigger hitter 😉 https://t.co/NkwptihgGL

While Afridi has hit a record number of sixes in ODIs, he managed to smash 52 sixes in 27 Test matches and 73 in T20Is. In 2010, Afridi retired from the longer format of the game. Following the 2015 Cricket World Cup, he retired from ODIs and then in 2017 he bid adieu to T20Is. The dashing all-rounder, however, continues to play T20 cricket and participates in many leagues around the world.