Harbhajan Singh Hits Back at Trolls After Being Slammed for Supporting Shahid Afridi, Says ‘Spread Love, Not Hate or Virus’ 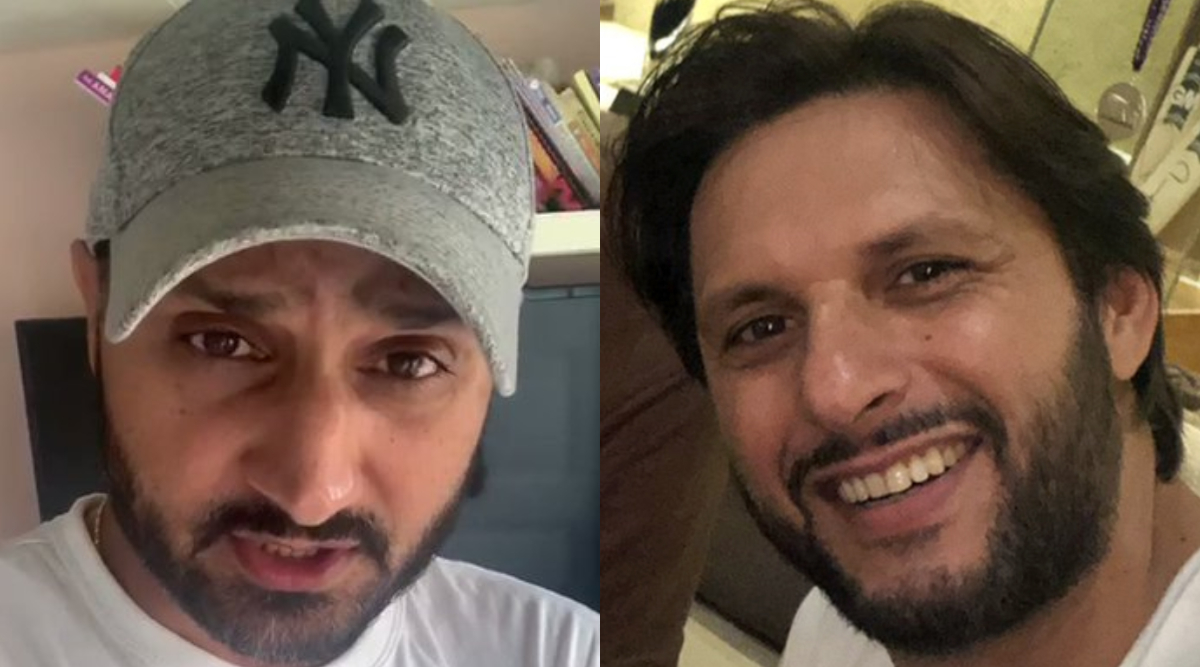 Veteran off-spinner Harbhajan Singh, on Wednesday, took to Twitter to urge his fans to ‘spread love not hate’ after the Indian cricketer, along with Yuvraj Singh, was trolled online for supporting ex-Pakistan captain Shahid Afridi and his foundation. Harbhajan’s appeal came after he was slammed and criticised online by a section of fans for supporting and contributing towards the South Afridi foundation, which is owned and run by Afridi, a former Pakistan skipper and all-rounder. Both Bhajji and Yuvraj had praised Afridi for the work he and his foundation were doing in carrying relief materials to victims of coronavirus pandemic in different villages of Pakistan. Yuvraj Singh Reacts After Facing Backlash For Supporting Shahid Afridi Foundation, Says 'Will Always Bleed Blue & Stand for Humanity'.

“No religion,no cast, only humanity..that’s what it is.. stay safe stay home..spread love not hate or virus.. let’s pray for every single one.. May waheguru bless us all,” said Harbhajan sharing a news video clip that showed a US-based NGO Helping and feeding the needy during these distressing times. This was after he had been criticised by fans for praising Shahid Afridi while allegedly overlooking the plight of the Indians.

No Religion, No Cast Only Humanity

No religion,no cast, only humanity..that’s what it is.. stay safe stay home..spread love not hate or virus.. let’s pray for every single one.. May waheguru bless us all 🙏🙏🙏🙏 #BeKind #BreakTheChain #coronavirus pic.twitter.com/evPob7er0F

Earlier both Harbhajan and Yuvraj, former Indian cricketers, had urged fans to donate towards the Shahid Afridi foundation amid the COVI-19 pandemic situation. “The world is passing through extremely testing and unprecedented times. Let’s do our bit to help,” they had posted on their social media pages.

They also praised and contributed towards the foundation and urging it to carry on the good work. But both were trolled and mocked online for their support with fans also questioning their patriotism and responsibility towards their own country.