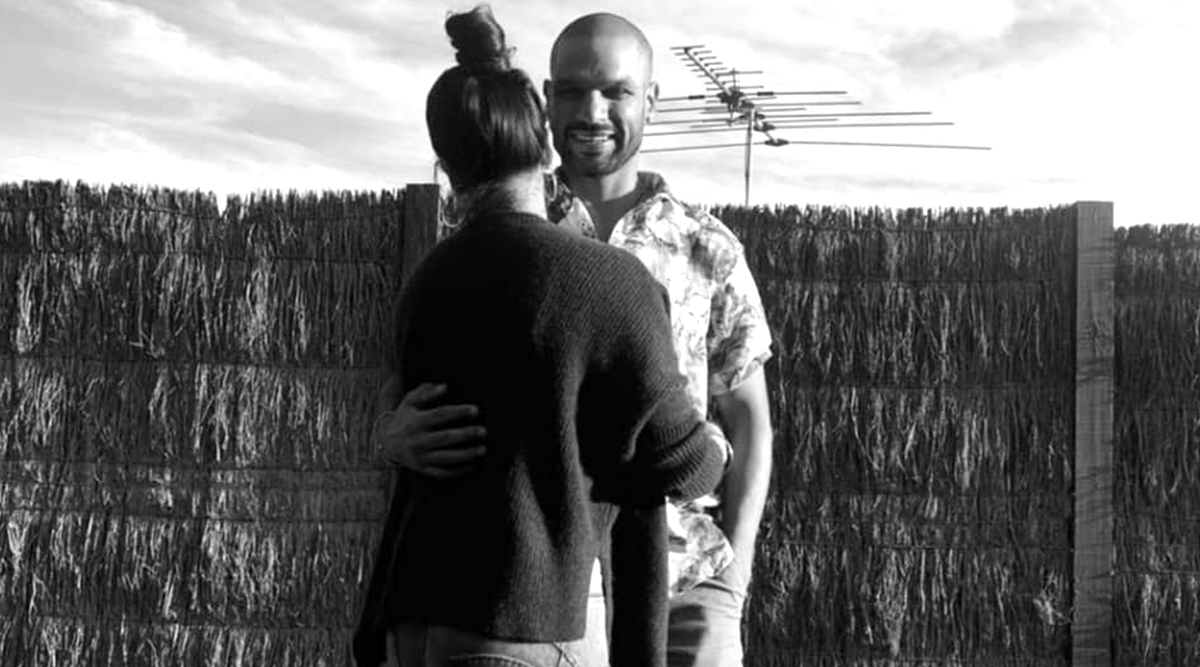 Indian opener Shikhar Dhawan might be out of action due to a shoulder injury but that doesn’t restrict him from enjoying a gala time off-field. In recent times, the swashbuckling batsman has been quite active on social media and is often sharing his snaps and videos. Well, most of his posts are hilarious which will definitely tickle your funny bones. However, his latest Instagram post is nothing but adorable. Gabbar shared a black and white picture with his wife Ayesha Dhawan along with a caption which will win your heart. Shikhar Dhawan Wishes ‘Happy Birthday’ to Daughter Rhea With A Heart-Warming Message (See Post).

“Always got your back,” read the caption of the snap posted by the star batsman on the picture-sharing website. In the pic, the cricketer can be seen hugging his lady-love and the smile on his face depicts his fondness for his wife. Ayesha, who was a professional boxer, hails from Australia and met the southpaw on social-media site Facebook. The two fell in love with each other tied knots in 2012. The couple also has two daughters- Rhea and Aliyah and a son Zoravar.  Meanwhile, let’s look at the picture shared by Shikhar Dhawan. Sanju Samson Replaces Injured Shikhar Dhawan for New Zealand T20Is, Prithvi Shaw Named in India ODI Squad.

Always got your back ❤

As of now, the Delhi-born cricketer is recovering from a shoulder injury which he sustained during the 3rd ODI between India and Australia at the M.Chinnaswamy Stadium in Bengaluru. Due to the wound, he was ruled out of India’s 2020 Tour of New Zealand. He will eye to make a comeback in the 2020 edition of the Indian Premier League (IPL) where he will play for Delhi Capitals.