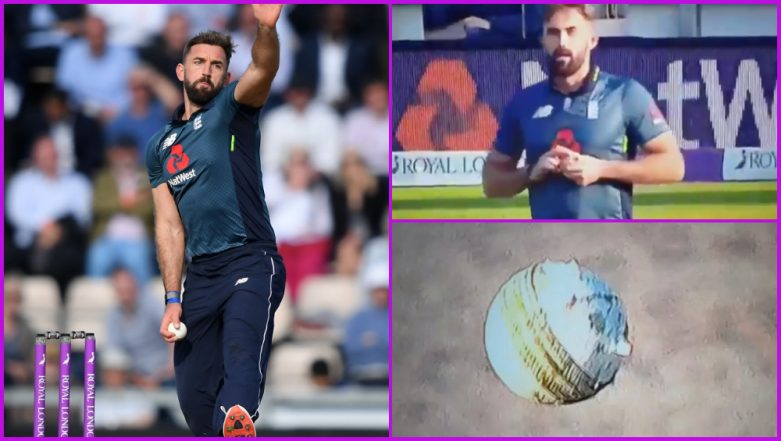 It appears that ball-tampering ghost has once again hit cricket. The ball-tampering acts has previously haunted the game of cricket on many occasions. As per a video, shared on Twitter, England’s fast bowler Liam Plunkett is seen allegedly tampering with the ball. In the second part of the video, in a close up of Chris Woakes’ delivery, one can clearly see the alleged marks of tampering on the ball. England vs Pakistan 2nd ODI Full Scorecard.

The England vs Pakistan second ODI was a high-scoring game. And on the flat surface, there was minimal to no assistance for the fast bowlers. The video in question appears to be of the later part of Pakistan’s chase.

A Twitter user posted the video and since then it is garnering attention. Australian journalist Dennis Freedman also retweeted the video and wrote, “cheating”. He also changed his name to 'Dennis Plunkett'. The journalist also shared the video on Facebook and wrote, “O.M.G. Worse than sandpaper?” Pakistan Loses 2nd ODI to England by 12 Runs, Coach Mickey Arthur Says, ‘Don’t Know How to Bowl to Jos Buttler’.

Here is the video