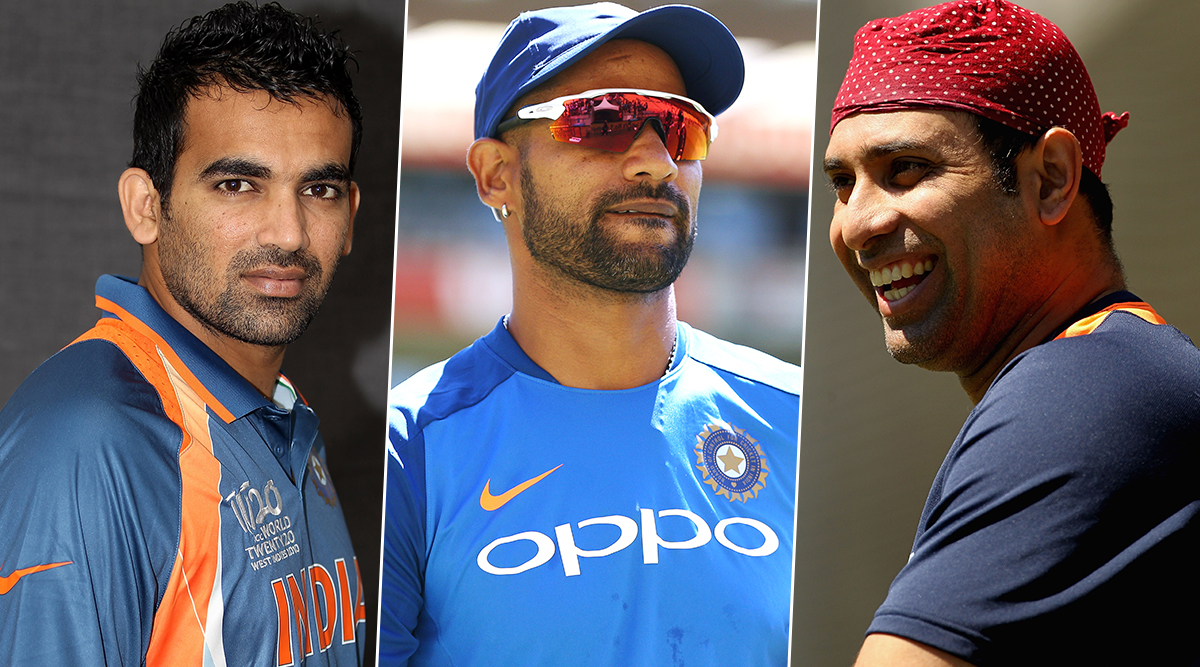 Former Indian cricketer Zaheer Khan is celebrating his birthday on October 7 (Monday). As the former Indian pacer turned 41 years old, Shikhar Dhawan and VVS Laxman wished Zaheer on his birthday. The cricketers took to social media to wish the Indian bowler, who was part of World Cup-winning Indian squad in 2011. #ZaheerKhan also became a trending search on Twitter. While VVS Laxman shared an old photo of himself with Zaheer to wish him, Dhawan tweeted a happy birthday message. Zaheer Khan is one of the strongest bowlers to ever play for India. The left-handed pacer was a nightmare for many leading batsmen during his career. Happy Birthday Zaheer Khan: 5 Match-Defining Spells by the Former Indian Speedster.

“Happy birthday Zak Bhai! Have a fabulous year ahead with loads of happiness and good luck”, Dhawan tweeted. Laxman wrote on Twitter, “Happy Birthday @ImZaheer. Wishing you a wonderful day and the most amazing year Zak”. Have a look at Laxman and Dhawan’s tweets below.

Happy birthday Zak Bhai! Have a fabulous year ahead with loads of happiness and good luck. 🎉 @ImZaheer

Happy Birthday ⁦@ImZaheer⁩ Wishing you a wonderful day and the most amazing year Zak🤗 pic.twitter.com/6yloKGRxpT

Other cricketers also wished Zaheer on his birthday. Ravichandran Ashwin and Cheteshwar Pujara wished him on Twitter. Have a look at their tweets.

Happy birthday @ImZaheer paaji. 🤗 Wish you a healthy long life with loads of joy and happiness 🙌

Wishing @ImZaheer a happy birthday and a great year ahead.

The former Indian cricketer played 92 Tests, bagging 311 wickets. These consisted of 11 five-wicket hauls and a one 10-wicket haul. In ODIs, Zaheer took 282 wickets from 200 matches. He was also the joint-highest wicket-taker (21) alongside Pakistan's Shahid Afridi in the 2011 World Cup. In T20Is, the pacer claimed 17 wickets in as many matches.