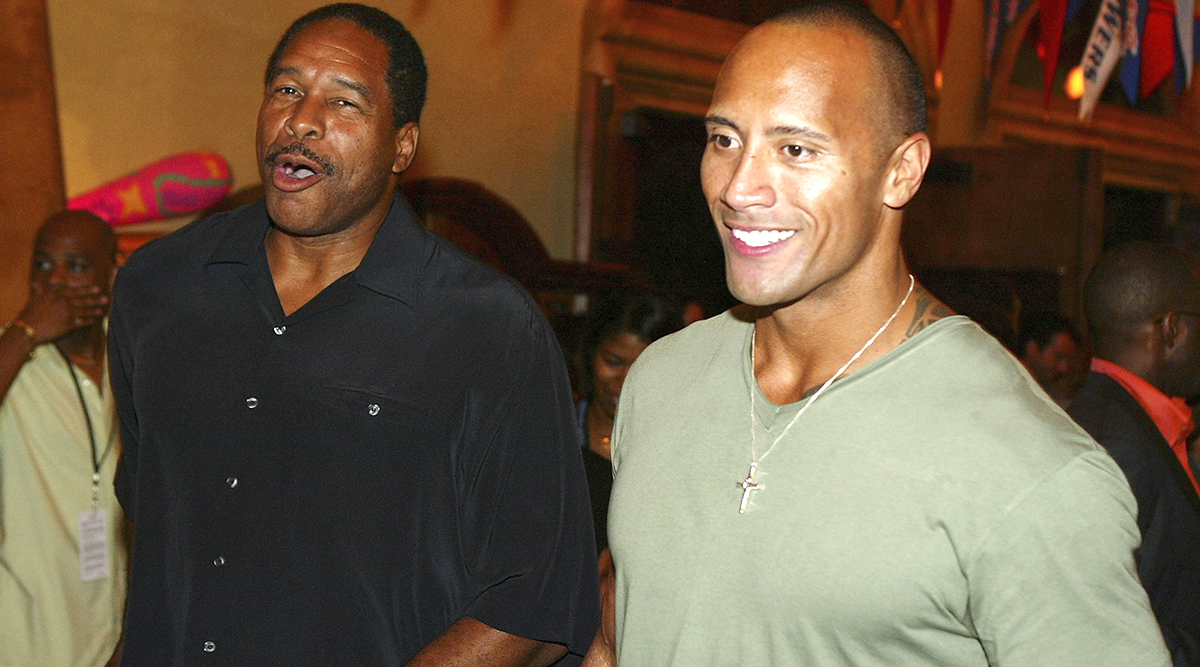 Rocky Johnson, a former professional wrestler and the father of wrestler-turned-Hollywood star Dwayne Johnson, has died at the age of 75. According to NBC News, the death of Rocky 'Soul Man' Johnson, whose real name was Wayde Bowles, was announced Wednesday by World Wrestling Entertainment. His manager confirmed the news to the outlet but did not share details on the cause of death. Rocky Johnson Demise: Dwayne Johnson’s Father Passes Away at 75.

Rocky Johnson started his career in the 1960s with the National Wrestling Alliance before becoming an athlete with the WWE, formerly known as the World Wrestling Federation, in 1983, according to the wrestling league's statement. He partnered with fellow WWE wrestler Tony Atlas to form the duo The Soul Patrol, who would go on to defeat The Wild Samoans that year.

"The 'Soul Man' retired from the ring in 1991, but his imprint continued to be felt on WWE for years to come. Post-retirement, Johnson had a hand in training his son, Dwayne 'The Rock' Johnson," WWE said in its statement.

Dwayne 'The Rock' Johnson inducted his father into the WWE Hall of Fame in 2008.

One of wrestling's biggest stars in the 1990s and the early 2000s, Dwayne Johnson moved into acting. He went on to star blockbuster hits such as San Andreas and Moana and in the Fast and Furious and Jumanji franchises.

A representative for Dwayne Johnson did not immediately respond to a request for comment.