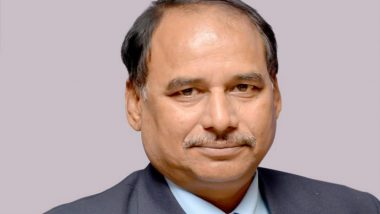 New Delhi, July 14:  Former Hockey India President Mohd Mushtaque Ahmad on Tuesday accused the Sports Ministry of partiality in application of the 2011 National Sports Development Code of India and of discriminating against him because of his religion.

In a letter to Sports Secretary Ravi Mittal, Ahmad said that he hails from a "minority community" while presidents of other National Sports Federations are being allowed to continue in their roles despite alleged violations of the Sports Code.

"I would like to place on record my feeling that the MOYAS's belated decision smells bad intention against me as President of Hockey India being from minority community while Presidents with names such as Sudhanshu Mittal, Rajeev Mehta and Secretary General Anandeshwar Pandey (I will be sharing Handball election issues separately) are being given free run to continue despite their violations of the Sports Code in Kho Kho, Fencing and Handball respectively. This makes me feel that by having a name as Mohd. Mushtaque Ahmad seems to be a problem," Ahmad wrote in the letter. A copy of the letter has also been marked to Union Sports Minister Kiren Rijiju.

Ahmad had last week stepped down as Hockey India President after the Sports Ministry said that his 2018 election violated the Sports Code.

"...it has been observed that Md Mustaque Ahmad had earlier served as Treasurer in Hockey India (HI) from 2010-2014 and Secretary General from 2014-18. The instant term 2018-22 of Md Mustaque Ahmad as President of HI, is his third consecutive term as an office bearer in HI. Thus his election as President of HI is not in consonance with the government guidelines limiting the age & tenure of office bearers of National Sports Federations," the ministry said through a letter by Under Secretary Raju Bagga dated July 6.

Ahmad further alleges that Mittal and Mehta should be asked to step down from their posts in the Kho Kho Federation of India and the Fencing Association of India respectively on similar grounds to which he had been asked to resign, "make statements that they have contacts from top to bottom in the Ministry of Youth Affairs and Sports".

"One of the Presidents boasts that he has been in charge of North East States as representative of National political party, no one can do anything to him, as the Hon'ble Minister of State (I/C) Youth Affairs and Sports is from North East," said Ahmad.

(The above story first appeared on LatestLY on Jul 14, 2020 05:19 PM IST. For more news and updates on politics, world, sports, entertainment and lifestyle, log on to our website latestly.com).