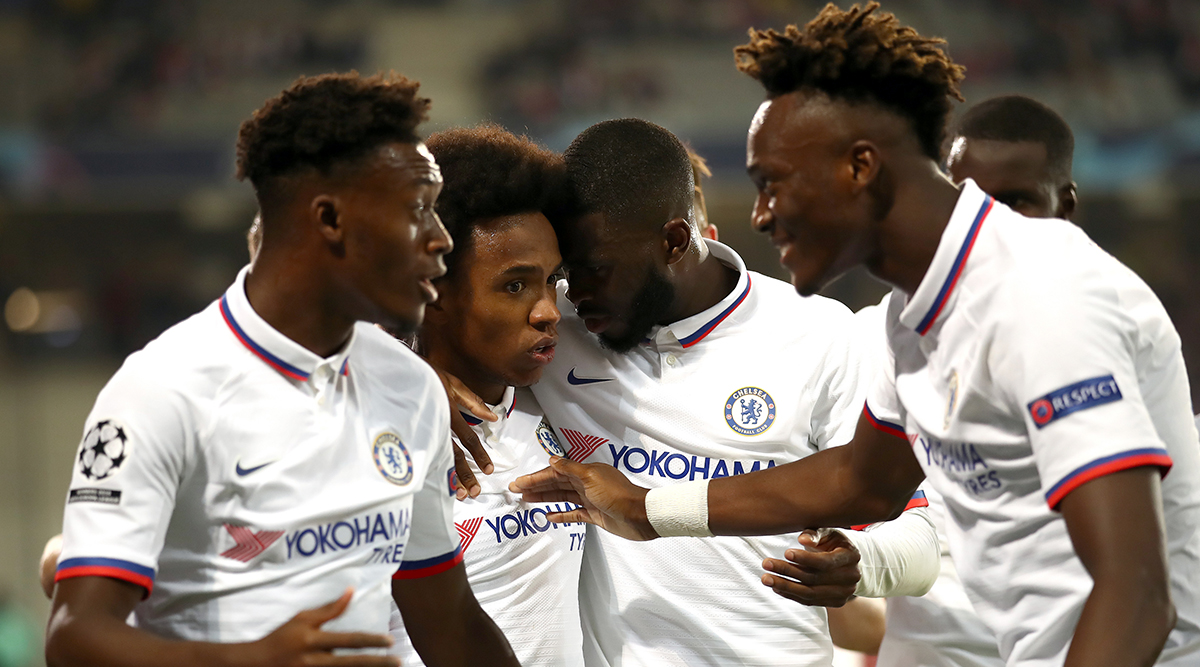 Chelsea vs Lille, 2019-20 UEFA Champions League Live Streaming Online and Telecast: Chelsea will chase its first Champions League victory at home when they host Lille Olympique Sporting Club (LOSC) at Stamford Bridge on December 11, 2019 (Wednesday). Chelsea are winless in their last five 2019-20 UCL games at Stamford Bridge – their longest run without a win in the competition at home. Frank Lampard’s young boys are ranked third in Group H with 8 points from 5 matches and a win to progress into the knock-out round of 2019-20 Champions League. Lille, on the other, are already out of the competition and stand with a win ahead of their final group game in UCL 2019-20. Christophe Galtier would hope his side can cause an upset before going out. Meanwhile, fans searching for the live telecast, online live streaming and score updates for Chelsea vs LOSC UCL encounter, please scroll down.

Chelsea were beaten 0-1 by Valencia in their first 2019-20 Champions League encounter at home this season and drew 4-4 against Ajax in their second home match. The current Europa League champions beat Lille 2-1 when both these teams earlier met in Group H and they will look to complete the double over the French opponents. In their last match in Group H, Lampard’s side were lucky to survive a Valencia onslaught and played a 2-2 draw with the home team squandering a couple of sitters in the final moments of the match.

Centre-back Antonio Rudiger has returned from a groin injury and could in contention for a substitute appearance against Lille for his first appearance since September. Chelsea will, however, miss Olivier Giroud and Ruben Loftus-Cheek both of whom are sidelined with long-term injuries. Former Chelsea striker Loic Remy is out for Lille as is Timothy Weah.

Chelsea vs Lille Group F encounter in UEFA Champions League 2019-20 will be played at Stamford Bridge on December 11, 2019 (Wednesday). The Group H clash is scheduled to start at 01:30 am IST (Indian Standard Time).

Sonyliv, the official online media streaming platform of Sony, will be live streaming the Chelsea vs Lille OSC match for its online fans in India. Fans can also the UEFA 2019-20 Champions League on LatestLY page. A win will assure Chelsea a place in the knock-out stages of the UCL while a draw should also be enough depending on the result of Ajax vs Valencia match.