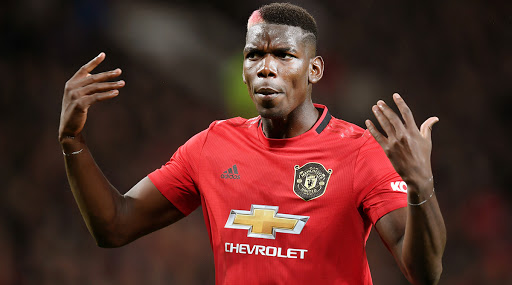 Real Madrid and Zinedine Zidane’s obsession with Paul Pogba is nothing new and as the January transfer window is on the horizon, Spanish giant’s interest in the Frenchman has again resurfaced. Daily Mail claims Spanish news agency El Desmarque has reported that the record Spanish champions are interested in signing Paul Pogba either in January or during the summer transfer window and can add two out-of-favour stars to the deal. According to reports, Wales captain Gareth Bale and Columbian James Rodriguez could be the two players who can be a part of this deal to temp United into selling the French superstar. UEFA Champions League 2019–20: I'm Not Going to Stop Gareth Bale Doing Anything, Says Zinedine Zidane.

James Rodriguez and Gareth Bale have not enjoyed their time at Real Madrid under Zidane in recent times as both players have had a fall-out with the manager. Rodriguez is no longer a part of Zidane’s future plans while Welsh international Bale came under scrutiny for allegedly mocking Real Madrid during international duty. Columbian playmaker James has found it difficult to get any game time in recent weeks, Bale is getting opportunities but only as a substitute on most occasions. Getting Pogba from United will be a tough ask for Real Madrid as the Red Devils have set his buy-out clause at about 150 million. However, the Spanish giants believe that offering Bale and James can boost their chances of signing the French midfielder. Ex-Real Madrid Midfielder Lucas Silva on Comeback Trail.

Paul Pogba is currently out injured and hasn’t taken part in a United game since early October. But the midfielder is working on his comeback and is expected to return to full-fitness later this month. Pogba has been an influential player for the Red Devils but many believe that he is still yet to live up to his hefty price-tag.