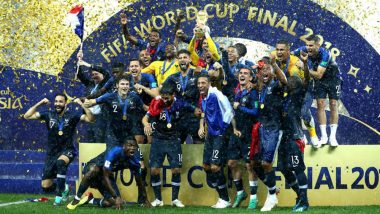 Munich, Germany September 6: World Champions France were held to a goalless draw against Germany in their first match of league A of UEFA Nations League 2018. They claimed a credible point away to four-time world champions Germany who were looking to bounce back after a disastrous 2018 world cup which saw them exit in group stages.

Fresh from starring in the recently concluded world cup, Atletico Madrid Forward Antoine Griezmann forced Manuel Neuer into making a very good save. French Goalkeeper Alphonse Areola who was making his international debut made a string of fine saves to deny both Marco Reus and Matthias Ginter in the second half after a poor first half for both sides.

RB Leipzig striker Timo Werner was causing problems with his electric pace but was lacking conviction in the final third while defender Mats Hummels forced Paris Saint- Germain's Areola to make another fine save. The game also saw Manchester City Winger Leroy Sane making a comeback into the national team after being left out of the recently concluded world cup squad. Germany vs France, UEFA Nations League Free Live Streaming Online: Get Match Telecast Time in IST, TV Channels to Watch in India

French Boss Didier Deschamps was pleased with his side’s display but was conceded that his players were some short of their best. "The match was quite close, even if there were occasions when we were better and at times it was them," he told TF1. "There were some technical errors. All the players are at the best on the physical level. The players made every effort to secure the draw."

France next host Netherlands in the second group game on Sunday while Germany play Peru in an International Friendly which should provide Manager Joachim Low with a chance to bring some young talents in the team.

(The above story first appeared on LatestLY on Sep 07, 2018 12:44 PM IST. For more news and updates on politics, world, sports, entertainment and lifestyle, log on to our website latestly.com).