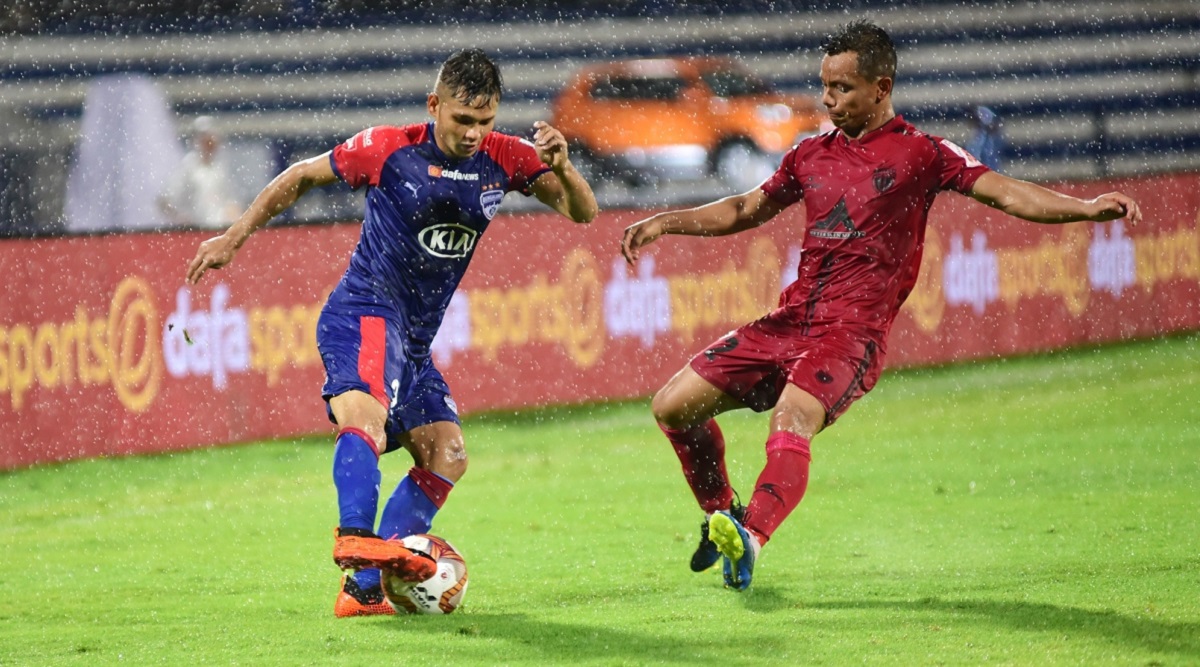 Guwahati, December 7: ATK reclaimed the top spot in the Indian Super League with an impressive 3-0 win against NorthEast United FC at the Indira Gandhi Athletic Stadium here on Saturday. An early strike from David Williams (11') and a brace from Roy Krishna (35', 90+4') was enough for Antonio Habas' team to hand NorthEast their first defeat of the season. With the twin strikes taking his goal tally to six, Krishna also became the leading goalscorer of this season so far. With their fourth win of the campaign, ATK now have 14 points from seven matches while the Highlanders, who have 10 points, are placed fourth.

Star striker Asamoah Gyan could have put NorthEast ahead within two minutes when he chested down a brilliant lob over the defence by Rakesh Pradhan, but the Ghanaian's shot was kept out well by goalkeeper Arindam Bhattacharya. Minutes after that big chance, the Gyan was forced off the field due to an injury with Maximiliano Barriero coming on as his replacement. Indian Super League 2019–20 Schedule for Free PDF Download: ISL 6 Date, Fixtures, Teams and Time Table in Indian Time With Venue Details of Football Tournament.

In the 11th minute, a lapse in concentration by the hosts' defence allowed Williams to pounce and give ATK the lead. Prabir Das ran down the flank unmarked to latch onto Edu Garcia's through-ball and found Williams at the far post with a cross. The in-form forward leapt over his marker to head the ball into the net.

Boosted by the opener, ATK threatened the hosts with quick counters and doubled their lead before the break. Williams delivered an excellent ball for Krishna who attacked the space behind the visitors' defence, dropped his shoulder to get past the last defender and slotted past Subhasish Roy.

Habas' team continued to pose threats after the change of ends. Minutes into the second-half, Krishna missed a chance to score his second goal when Williams set him up in front of the goal following a two-on-one scenario. But the striker sent his effort wide with an empty net in front.

The creator then almost turned scorer when Williams got to Das' pass into the box and unleashed a powerful strike that required strong hands from the goalkeeper. NorthEast found it hard to create clear-cut opportunities. Martin Chaves' 30-yard piledriver flew harmlessly over the bar. Lalthathanga Khwalhring's cross into the box found Nikhil Kadam with just the keeper to beat, but the winger failed to control his header.

The two-goal cushion allowed ATK to drop deeper and make it harder for their opponents, whose lack of final touch meant there was no comeback in store for the home crowd. ATK added another goal in injury time. Substitute Jobby Justin released Krishna into the space behind the backline and the Fijian striker's neat finish found the net.