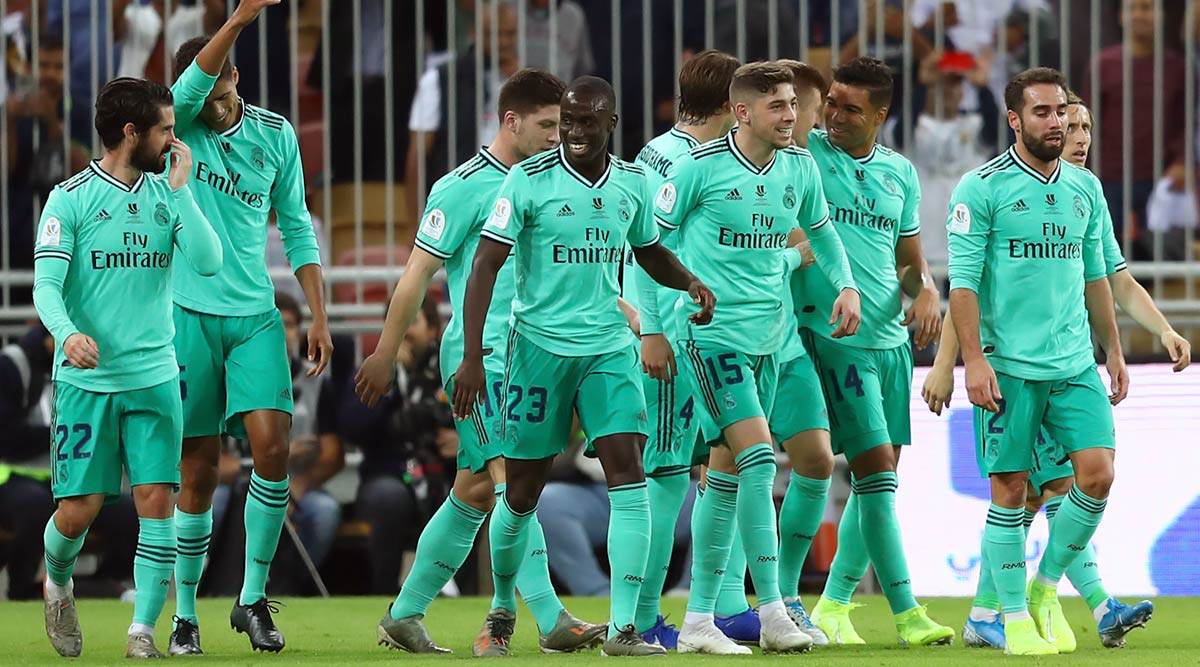 Toni Kroos scored a wonder goal while Isco and Luka Modric added to the cherry as Real Madrid beat Valencia 3-1 to advance to the final of now revamped 2020 Spanish Super Cup in Saudi Arabia. Kroos curled home directly from the corner after catching the entire Valencia team, including goalkeeper Jaume Domenech, napping as early as the 15th minute before Isco doubled the lead from a blocked Modric shot 24 minutes later. The 2018 Ballon d’Or winning Croat eventually had his goal in the second-half scoring finding the net with the little space available between two midfielders to send the 10-time Supercopa de Espana winners into the final. Real Madrid 3-1 Valencia, Supercopa de Espana 2020 Result: Toni Kroos Stunner Take Los Blancos to Spanish Super Cup Final.

Real will now meet the winner of the second semi-final between Barcelona and Atletico Madrid at the same venue, which was less than half-filled for the Valencia vs Real Madrid clash late on Wednesday night, as per Indian time. Dani Parejo scored a late consolation penalty in the second minute of added time to somewhat reduce the margin of defeat for his side. The 3-1 win also extended Real’s unbeaten run to 15 games across all competitions ahead of upcoming busy La Liga schedule where they play the 4th ranked Sevilla and the Madrid derby.

Both sides were without some key players going into the domestic cup semi-finals. Valencia badly missed striker Rodrigo Moreno while Real were also without some key players in Karim Benzema, Gareth Bale and James Rodriguez. But the 2017 winners’ midfield stood up in the absence of their attackers. All three goals for the Los Blancos were scored the midfielders with German international Kroos’ goal from the corner flag being the highlight reel from the game.

Zinedine Zidane’s side had already come close to taking the lead a minute before but Raphael Varane’s header was parried out by Domenech before Kroos caught the entire opposition short with a beautiful curl into the net. Domenech was still instructing his defence when Kroos shot from almost behind the goal and although the 29-year-old Spanish custodian saw it he was too late to react.