India sent one participant at the Paris Olympics of 1900, Norman Pritchard. Pritchard participated in five events and won two silver medals. India finished at 18th place, their best ever performance. 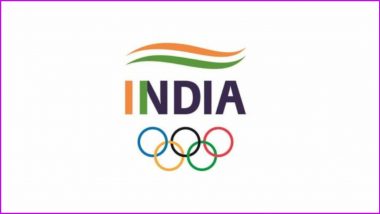 India were not part of the first Modern-Era Olympics, in Athens in 1896. However, they had one representative at Paris 1900. Norman Pritchard, this Calcutta-born man of British origin, was also the first to do the hat-trick in an open football match on Indian soil. He did this in 1897 for his college, St Xavier’s, against Sovabazar. Tokyo Olympics 2020: From Mary Kom to PV Sindhu, Here Are India’s 10 Prospective Medal Winners at the Summer Games.

There is some dispute over Pritchard’s qualification for the Olympics. He won the British Amateur Athletic Association trials, which made him eligible to represent Great Britain (and not British India). However, the International Olympic Committee registered Pritchard as an Indian athlete.

Pritchard participated in five events in Paris. He did not finish the 110m hurdles heat, and did not qualify for the finals in 60m and 100m. But he qualified for the final of the 200m hurdles, setting an Olympics record of 26.8 seconds in the process. In the final, on July 16, 1900, he finished second, after Alvin Kraenzlein of the United States. This silver medal was the first for India at the Olympics. Tokyo Olympics 2020: Check Out Full List of Countries Participating at Summer Games

Six days later, Pritchard (and India) won another medal, in the 200m sprint. This one, too, was a silver. The gold medal went to Walter Tewksbury of the United States. With two silver medals, India finished 18th on the tally, their best ever result.

Pritchard later became a successful stage actor in England. He later had a career in Hollywood as well. Despite Pritchard’s success, India did not send another athlete until the 1920 Olympics.

(The above story first appeared on LatestLY on Jul 17, 2021 03:44 PM IST. For more news and updates on politics, world, sports, entertainment and lifestyle, log on to our website latestly.com).