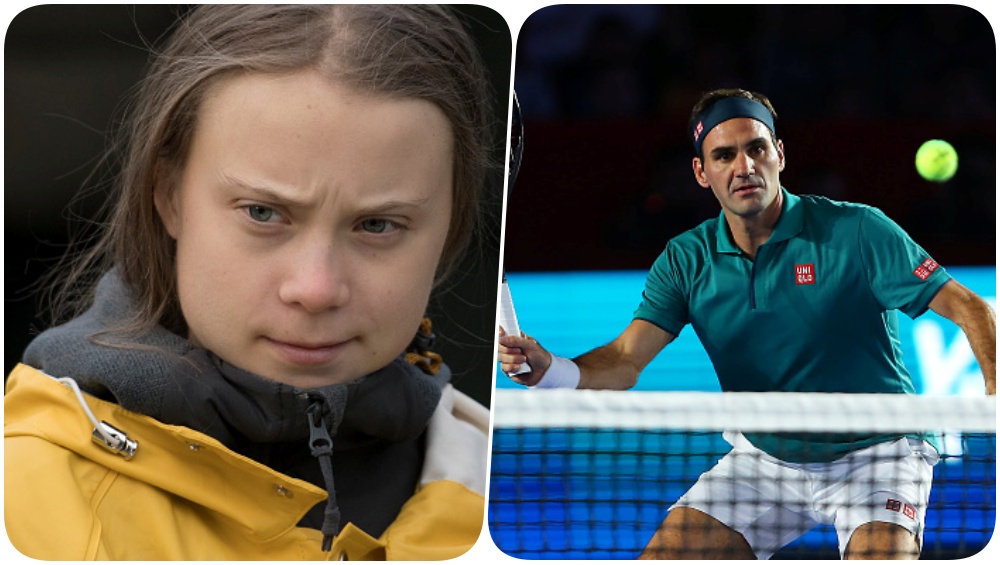 Greta Thunberg, an environmentalist from Sweden grabbed headlines for her speech at the UN Climate Action Summit 2019. Her words, “How Dare You?” echoed in the hall and the 17-year-old became an overnight sensation. The environmental activist has now taken a jibe at the 20-time Grand Slam Champion for being the brand ambassador for Credit Suisse the largest bank in Switzerland. The company had invested a whopping $57 billion in fossil fuel enterprises. This is likely to have a negative impact on the environment. Roger Federer, Rafael Nadal and Serena Williams to Play in Exhibition Matches to Raise Funds for Australia Bushfire Relief.

Greta Thunberg along with the team from Lausanne Action Climate took a dig on the 20-time Grand Slam champion Federer. A tweet by 350.org Europe made an announcement for them on social media. “Since 2016 @CreditSuisse has provided $57 billion to companies looking for new fossil fuel deposits - something that is utterly incompatible with #ClimateAction @RogerFederer do you endorse this? #RogerWakeUpNow,” read the tweet. Greta retweeted the tweet and thus took a jibe Federer.

Check out the snapshot below: 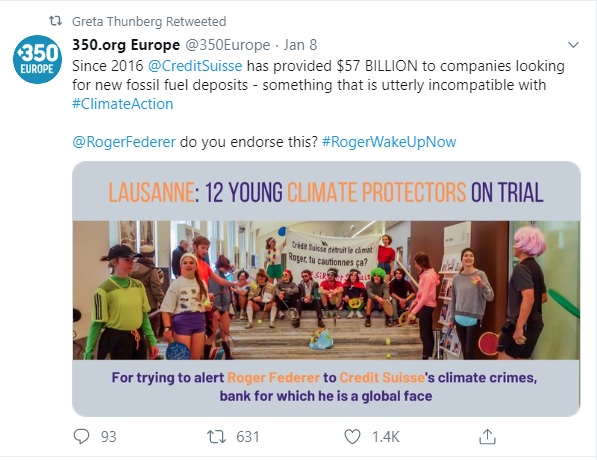 The climate activists used the hashtag #RogerWakeUpNow. “For Credit Suisse, Roger Federer is an ideal international ambassador,” Thunberg quoted by Essentially Sports. “The values ​​it shares with Credit Suisse, such as the quest for excellence and determination, make it a highly sought-after partner for the long term. It is therefore expected that this partnership with Credit Suisse will extend beyond his sports career.”