India would send a total of 124 participants this year--the largest they have sent so far-- to Tokyo in a bid to attain glory in the world stage. So far, India have won 28 medals, which comprises of 9 gold, 7 silver and 12 bronze. 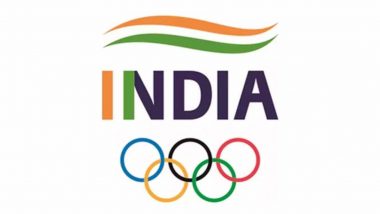 After being postponed last year due to the COVID-19 pandemic, the Tokyo Olympics are finally set to commence this year. Starting from July 23, the Summer Games would see top athletes from all over the world compete for the highest stakes in a variety of sporting events. While some would make their countries proud, others who aren't able to, would aim at returning back to the next competition with increased conviction. Tokyo Olympics 2020: Five Things You Need To Know About Miraitowa, the Official Mascot for Summer Games

India would send a total of 124 participants this year--the largest they have sent so far-- to Tokyo in a bid to attain glory in the world stage. Here's a brief story of how India has fared in the Olympics, ever since they started participating in it:

1) Olympic debut: To many, this might still be a point to debate on but India's first representation at the Olympics came four years after the event started. In 1900, India sent one athlete-Norman Pritchard where he won medals in the following events--Men's 200 metres and Men's 200 metre hurdles. India took 20 more years to send a full team to the Olympics and eight more years later, the nation saw its hockey players dominate the player in the world stage.

3) London show: India won the most medals in the 2012 London Olympics where the country won a total of six medals, which included two silver and four bronze medals--with Saina Nehwal, Sushil Kumar, Yogeshwar Dutt and Gagan Narang among ones to bring glory to the country.

4) Hockey dominance: Between 1920 and 1980, the Indian field hockey team dominated the sport at a global level, winning 11 medals, which included 8 gold medals, including six successive ones from 1928-1956.

5) Total medals: Over 100 years of playing Olympics and all India have been able to manage just 28 medals so far. Out of the 28 medals, India won 9 gold, 7 silver and 12 bronze. In the Rio Olympics, only shuttler PV Sindhu and wrestler Sakshi Malik were able to win medals.

As India prepares itself for performing at the Tokyo Olympics, sports fans from across the country would hope that this time, the athletes representing India at the Olympics would end up with podium finishes and bring glory, honour, and pride to the national flag.

(The above story first appeared on LatestLY on Jul 07, 2021 10:30 PM IST. For more news and updates on politics, world, sports, entertainment and lifestyle, log on to our website latestly.com).