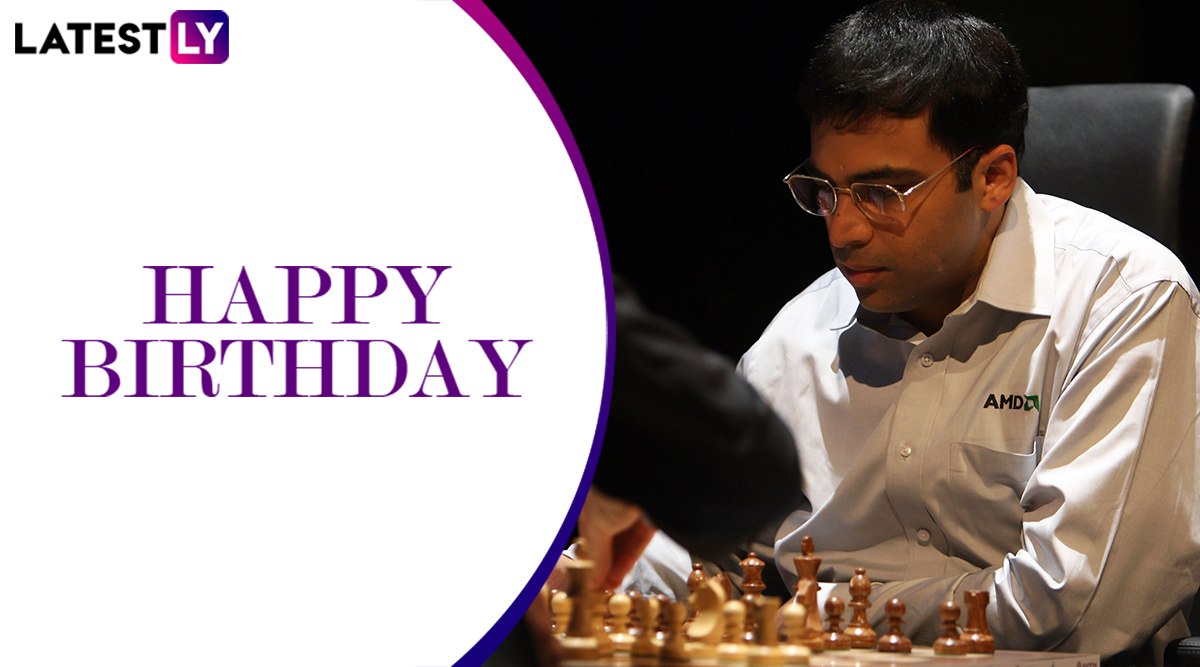 Viswanathan Anand celebrates his 50th birthday on December 11, 2019 (Wednesday). Born in 1969, Viswanathan Anand is India's first-ever Chess grandmaster. He became a grandmaster at the age of 18 in 1988. Anand was introduced to Chess by his mother Sushila, who was a Chess freak and played Chess with Anand since his young age. Although it was his mother, who first introduced tan six-year-old Anand to Chess, he developed and learnt the game in the Philippines where the family lived in his younger days as Viswanathan's father was contracted as a consultant by Philippine National Railways. He is often credited for mapping India’s path in the game of Chess. On Viswanathan Anand’s 50th birthday, take a look at some interesting facts about the “Tiger of Madras.”

Success in Chess came early for Anand. He was already a Juinor champion by the age of 14 in 1983. In 1984, Anand won the Asian Junior Championship which gave him the title of International Master (IM) making Anand, 15, the youngest ever Indian to be honoured with the International Master title. At 16, Anand became the National chess champion for the first time and successfully defended his crown for the two years before also becoming the first Indian to win the World Junior Chess Championship.