Sports around the globe came to a temporary halt due to the coronavirus pandemic and even fans were barred from attending live games. But one thing remained the same, which was, several great sporting icons calling an end on their illustrious career and moving on to explore other avenues in life. 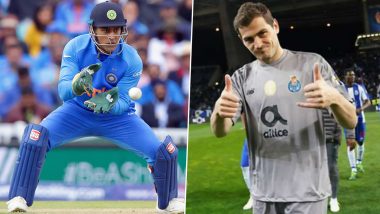 2020 has been an unusual year in more ways than one as the sporting world experienced changes out of the ordinary. Sports around the globe came to a temporary halt due to the coronavirus pandemic and even fans were barred from attending live games. But one thing remained the same, which was, several great sporting icons calling an end on their illustrious career and moving on to explore other avenues in life. So here we take a look at all the legends from global sports who retired in 2020.

Sports Stars Who Announced Retirement in 2020

Arguably one of the greatest badminton players of all-time, Lin Dan, announced his retirement from the sport in July 2020. The Chinese badminton player won gold medals at the 2008 and 2012 Olympics along with amassing first place finishes at several editions of the Asian Games, Asian Championships and World Cups.

Shane Watson is one of the best all-rounders to have ever represented at the International level. The Queensland born cricket announced his retirement from the sport in November 2020. Watson helped Australia to World Cup glory in 2015.

One of the greatest quarterbacks of all-time, Eli Manning announced his retirement in January 2020. Manning played in the National Football League (NFL) for 16 seasons with the New York Giants. He won the Super Bowl two times (XLII and XLVI) and was also the MVP during those finals.

One of the greatest tennis stars of all time, Maria Sharapova announced her retirement in February 2020. The Russian is one of ten women and only Russian to hold a career Grand Slam. Sharapova also won a silver medal in the women’s singles category at the 2012 Olympics.

The Indian cricketer announced his retirement from the sport in August 2020. Suresh Raina was one of the most important players for India during the 2011 World Cup triumph. He was also a crucial member of Indian Premier League side Chennai Super Kings during their title triumphs in 2010, 2011 and 2018.

The Russian mixed-martial artist announced his retirement from the sport after defending his title against Justin Gaethje at UFC 254 event in October. The 32-year-old called curtains on his career with an undefeated record of 29-0.

One of the greatest goalkeepers of all time, Iker Casillas announced retirement in August 2020. The Spaniard is one the most decorated players of all time, winning five La Liga titles and three Champions League at the club level. Casillas also won the 2010 World Cup and European Championships in 2008 and 2012 with Spain.

The Former Indians cricket team captain announced his retirement on August 15, 2020. MS Dhoni is one of the most successful skippers in Indian cricket history and has led the team to the 2011 World Cup and 2007 Cricket World Cup triumphs. The Ranchi cricketer is the only captain to win all three major ICC trophies.

(The above story first appeared on LatestLY on Dec 27, 2020 03:18 PM IST. For more news and updates on politics, world, sports, entertainment and lifestyle, log on to our website latestly.com).