China’s attempt at giving competition to Elon Musk’s SpaceX has failed after Beijing-based Landspace’s ZQ-1 rocket failed in the third stage in its inaugural launch attempt. 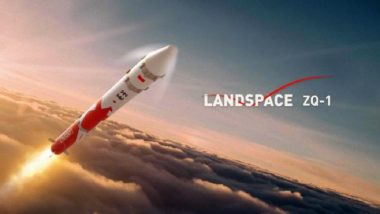 China’s attempt at giving competition to Elon Musk’s SpaceX has failed after Beijing-based Landspace’s ZQ-1 rocket failed in the third stage in its inaugural launch attempt. The ZQ-1 was the first three-stage rocket built by a private company in China.

The first and second stage of the Zhuque-1 rocket operated as it should have, but the rocket ultimately didn’t reach orbit after something went wrong with the third stage, Reuters reports.

Landspace posted to its Weibo social media account, saying that “cowling separation was normal but something abnormal happened after the second stage,” though it did not elaborate further on the subject, according to Reuters and the Associated Press. The statement did say building such rockets is “the right decision for the company.”

The satellite involved in the launch was being carried for China’s state media, China Central Television (CCTV), according to Chinese media reports cited by Reuters and the AP.

Landspace was founded in 2015 and soon aimed to be the first Chinese private company to deliver a satellite into orbit. The company said it was the first private licensed company in China to launch carrier rockets.

Another Beijing-based private firm, OneSpace Technology, successfully launched a smaller rocket, the “Chongqing Liangjiang Star,” into space in May.

China is the third country in the world (after the United States and Russia) to have a private company capable of independently developing liquid-oxygen/methane engines for its rockets.

Since coming to office in 2012, China’s President Xi Jinping has made becoming a “space flight superpower” a priority for the government, which has a goal of sending a permanent manned space station into orbit by around 2022.

(The above story first appeared on LatestLY on Oct 29, 2018 07:37 AM IST. For more news and updates on politics, world, sports, entertainment and lifestyle, log on to our website latestly.com).