With cheap mobile data and increasing demand for smartphones among Indians, the country among top 5 countries for online mobile gaming. 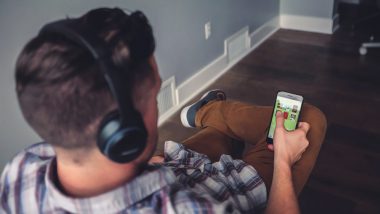 India was never seen a major market for PC games or gaming consoles, but the increasing demand of smartphone along with cheap mobile data has resulted in the creation of the impossible. These important ingredients ensured a huge amount of surge for mobile gaming across the country. According to the report from POKKT - a leading mobile advertising platform, India has emerged as the top five markets for mobile gaming in terms of users. Samsung Galaxy S10 Smartphone Alleged First Live Images Leaked Online.

The report also highlighted that more than 222 million active gamers have been spending an average 42 minutes playing mobile games every day over 5 sessions in the country as of the year 2017.

“As much as 89% of all game revenues in India were generated by mobile games,” said Rohit Sharma, founder of POKKT. “These gamers are highly engaged; almost onethird play five days per week or more, and nearly 40% spend more than six hours per week playing mobile games,” he said.

Moreover, the entry of Reliance Jio in the telecom space has resulted in massive price cut which has boosted the whole of mobile app ecosystem in India. Moreover, the mobile games witnessed a massive surge in data usage.

The report also mentioned that Ludo King is the top game played by Indian and it has crossed 10 million active users mark. On the other hand, Subway Surfer is the second most popular game in the country with DAU of 5 million whereas the Temple Run bags third slot for the top games in India with DAU of 2.5 million.

As far as the audience profiles are concerned, there are four different groups which includes male 15+, female 15+, mothers and kids. The male 15+ and female 15+ contributes 38 million and 21.4 million of monthly audience respectively.

(The above story first appeared on LatestLY on Dec 17, 2018 12:12 PM IST. For more news and updates on politics, world, sports, entertainment and lifestyle, log on to our website latestly.com).