LG Wing Dual-Rotating Screen Smartphone to Be Launched in India on October 28, 2020

LG is likely to launch its premium dual-screen smartphone Wing in India on October 28. The company took to Twitter to confirm the arrival of the device and shared a video teaser. 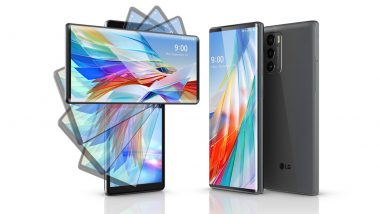 New Delhi, Oct 23: LG is likely to launch its premium dual-screen smartphone Wing in India on October 28. The company took to Twitter to confirm the arrival of the device and shared a video teaser. The company will host an online-only event for the launch for its flagship smartphone in the country. The South Korean giant unveiled the LG Wing smartphone earlier in September with two distinct displays that can be achieved via a unique swivel mode. LG Wing Smartphone With Rotating Dual-Display Officially Unveiled Globally.

"Awaken the explorer within you with LGMobile - The Innovation of Tomorrow. Explore the Future, ExploreLG, Explore You!," the company said in a tweet. 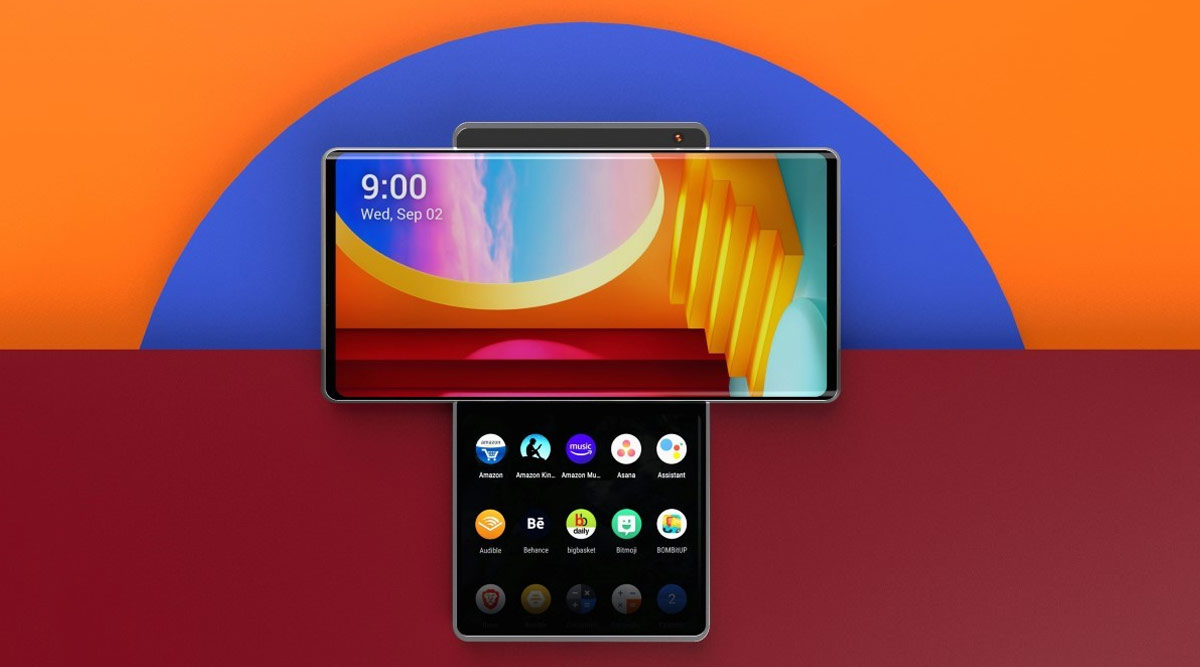 The handset brings a primary 6.8-inch Full HD+ P-OLED display with a resolution of 2440x1080 pixels and 20.5: 9 aspect ratio and a 3.9-inch G-OLED secondary screen with 240x1080 pixels. The Wing is powered by the Qualcomm Snapdragon 765 5G chipset that is 10 percent faster than the standard Snapdragon 765 processor in graphics processing unit performance. The Wing has an 8GB RAM and a 128GB internal storage, which can be expanded up to 2TB with a microSD card. It packs a 4,000mAh battery. 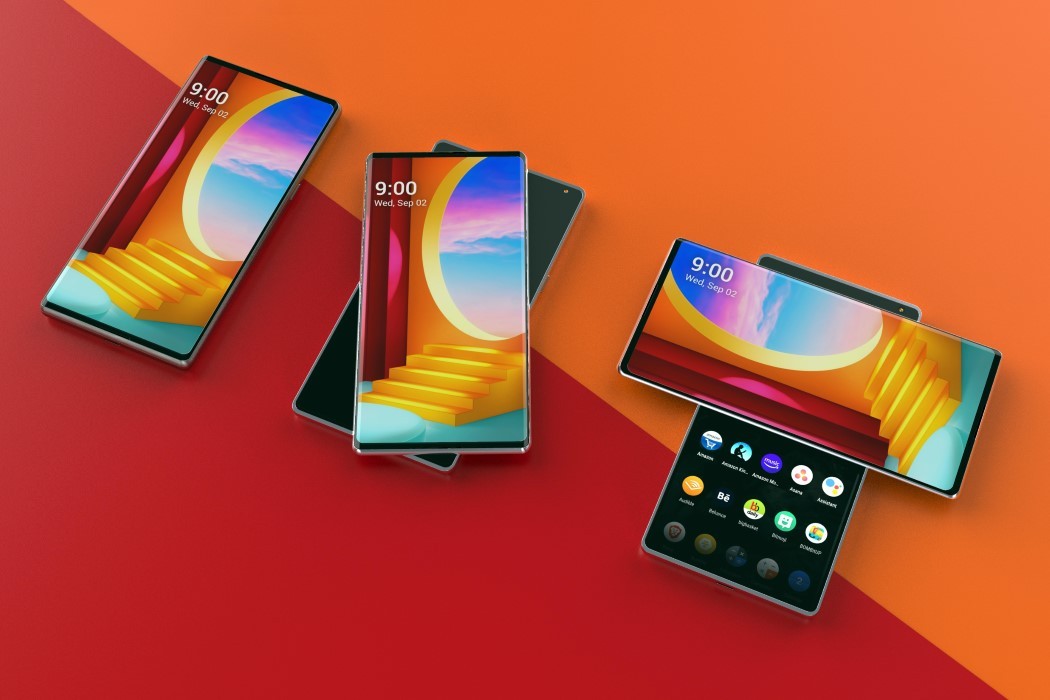 There is no punch-hole camera on the main screen. Instead, the Wing has a 32-megapixel (MP) pop-up selfie camera appearing from the top of the body. The Wing sports a triple-rear camera system including a 64MP primary sensor, a 13MP ultra-wide lens and a 12MP ultra-wide camera for the swivel mode. Despite using two screens, LG said the Wing weighs only 260 grams, as it applied high-strength aluminum alloy to make the device. The 256GB variant of the LG Wing is currently priced at $999. It comes in aurora gray and illusion sky colour options.

(The above story first appeared on LatestLY on Oct 23, 2020 10:48 AM IST. For more news and updates on politics, world, sports, entertainment and lifestyle, log on to our website latestly.com).