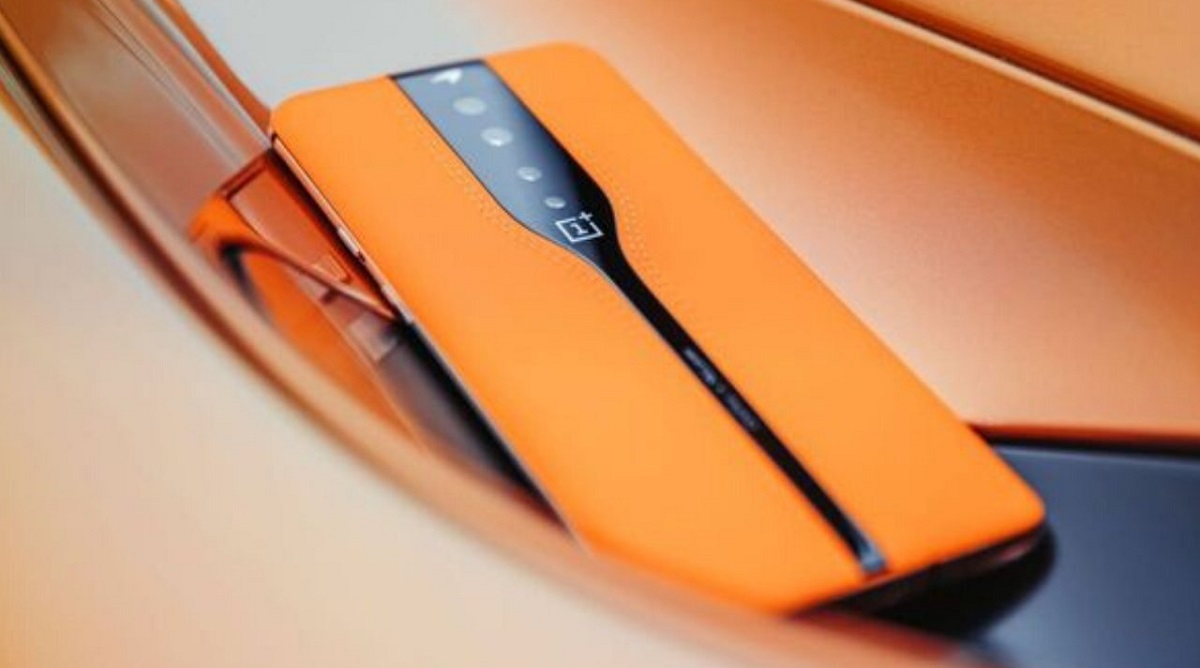 OnePlus, the Chinese smartphone manufacturer has finally unveiled the highly awaited OnePlus Concept One smartphone at the ongoing CES 2020 conference. Dubbed as OnePlus Concept One, the smartphone is the industry's first handset to feature disappearing camera technology. It is important to note that the phone maker has again collaborated with McLaren to build this masterpiece. Though the device is a concept as of now, but could soon be a mass-market product. However, there is no official confirmation on the same yet. Packing a premium design, the main underline of the smartphone is its invisible rear camera and Papaya Orange signature leather. OnePlus Concept One With Invisible Camera & Colour Shifting Glass Officially Unveiled At CES 2020 in Las Vegas.

The Chinese brand has officially confirmed that the newly unveiled takes inspiration from McLaren 720S Spider luxury sports car, which comes with retractable hardtop glazed with an electrochromic glass panel. The company went ahead to employ the same electrochromic glass on OnePlus Concept One smartphone. Additionally, the company also confirmed that it has used organic particles for creating some changes in the glass to proffer the invisible glass effect.

With its industry-first disappearing rear camera, the #OnePlusConceptOne is a testament to our untiring passion for challenging convention. Witness the beauty of the unseen at #CES2020, January 7-10. pic.twitter.com/b5I4ma25pE

#OnePlusConceptOne - come see an alternate vision for the future of smartphones tomorrow at #CES2020.

18 months led to one incredible concept phone: the OnePlus Concept One, the first phone ever to use electrochromic glass to create an invisible camera and built-in ND filter. #OnePlusConceptOne pic.twitter.com/jkCGNOA2FE

So glad to get to talk to everyone at CES, and thanks to all of you who came by. OnePlus Concept One is just the start of something new, and we’re going to be exploring a lot more with ECMF in the future, so stay tuned with us. #OnePlusConceptOne pic.twitter.com/b2TPn5r2qB

The glass making the rear cameras invisible is unique, which can shift from opaque black to transparent in a mere 0.7 seconds only. Apart from color shifting technology, the glass on OnePlus Concept One also acts as a built-in polarizing filter for the camera.

As far as the design is concerned, the smartphone flaunts McLaren's signature Papaya Orange colour at the back. The frame of the smartphone is made out of aluminum alloy treated with a new vapour deposition process to proffer it with a thin gold finish layer. Apart from this information, the company hasn't revealed any other details or specifications of the device. As the smartphone is brought straight from the house of OnePlus, we expect the company to pack with the best available equipment in the market.