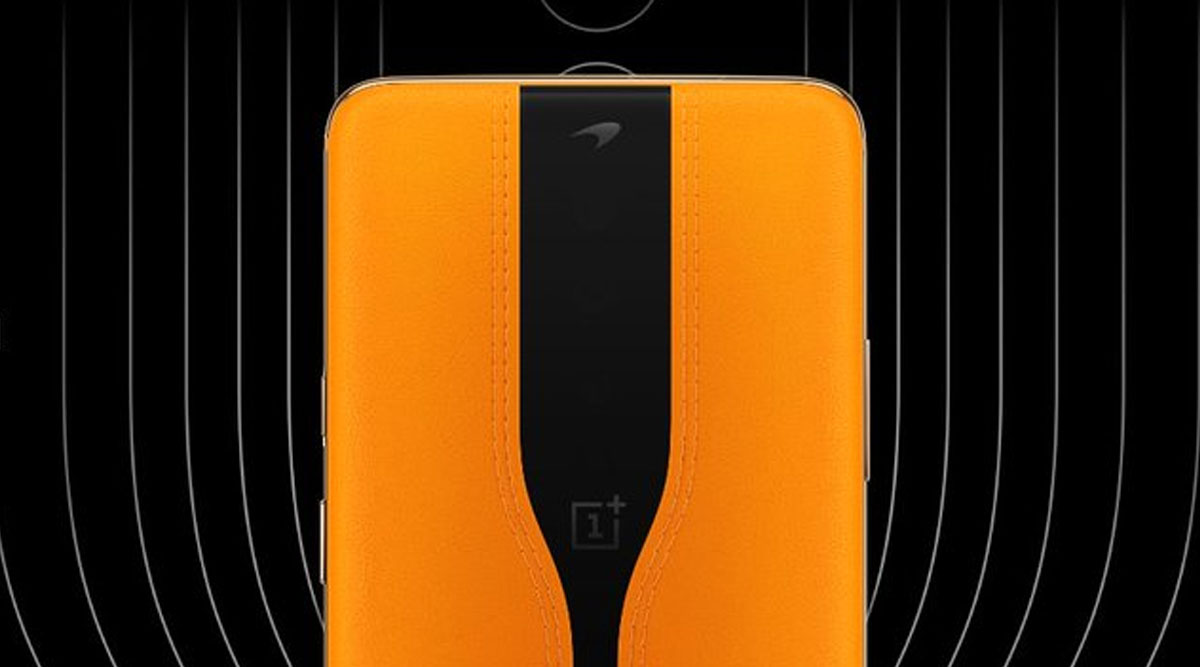 Las Vegas, Jan 7: Taking the smartphone form factor to a new level, global smartphone maker OnePlus on Tuesday unveiled 'Concept One' with colour-shifting glass technology that makes the rear camera 'invisible,' at the ongoing 'CES 2020' technology conference here. OnePlus collaborated with racing and technology brand McLaren on the concept phone's design. The price of the 'Concept One' smartphone has not been revealed yet. CES 2020: Dell Officially Unveils New Gaming Laptop For $799 in Las Vegas; To Be Available From March 11.

"The invisible camera stands as a new form of camera design, one that spares the user from the compromises of current camera layouts," said Pete Lau, CEO and Founder of OnePlus.

"The rear camera lenses are hidden by the dynamic electrochromic glass and only become visible when the camera is in use. This optimal solution is what OnePlus calls "Electronic CMF"-a new approach in industrial design," Lau elaborated. CES 2020: Samsung Unveils AI-Powered Artificial Human in Las Vegas.

The glass of the OnePlus Concept One uses organic particles to create changes in transparency so that the glass covering the camera lenses can shift in an instant from opaque black to entirely clear.

With its industry-first disappearing rear camera, the #OnePlusConceptOne is a testament to our untiring passion for challenging convention. Witness the beauty of the unseen at #CES2020, January 7-10. pic.twitter.com/b5I4ma25pE

According to the company, the glass also provides a practical benefit, doubling as a built-in polarizing filter for the camera that allows users to achieve sharper, more finely detailed shots under strong light.

The OnePlus Concept One draws inspiration from similar technology used in McLaren's 720S Spider luxury sports car, which features a retractable hard top glazed with an electrochromic glass panel that can rapidly switch between tinted and transparent states.

"At McLaren we select the best quality leathers produced in the UK; it's a material that exudes luxury and we are keen to offer our expertise in the design of this OnePlus concept device," said Jo Lewis, Colour and Materials Design Manager at McLaren Automotive.

Although electrochromic glass has already been put to use?in some limited applications in cars and planes, miniaturizing the technology for use in phones is the first such effort. Samsung Unveils New QLED 8K Smart TV at CES 2020 in Las Vegas.

For 'Concept One', the glass? panels are just 0.1mm?each, for a?combined total of only 0.35mm -- thin as a display glass protector film.??

The company claims that Concept One takes a mere 0.7 second for the glass to transition from solid black to fully clear, faster even than the camera itself takes to fully activate.