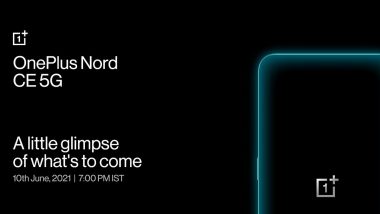 OnePlus Nord CE 5G is confirmed to be launched in India on June 10, 2021. The company has been teasing the device on its official Twitter account revealing few specifications. A couple of days ago, we came across previous reports that revealed the upcoming phone's design, slim profile and processor. Now a new report has leaked full specifications of the Nord CE 5G phone. The phone is said to come with the core features of the original Nord device but with several improved specifications. OnePlus Nord CE 5G Smartphone To Feature 3.5mm Headphone Jack. 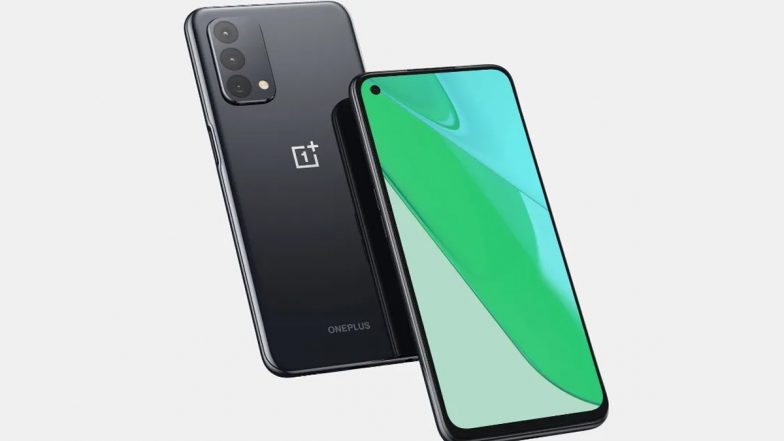 As per a new report, OnePlus Nord CE 5G is expected to feature a 6.43-inch AMOLED display with a refresh rate of 90Hz. The handset is said to be powered by Qualcomm Snapdragon 750G with up to 8GB RAM and 128GB of internal storage. 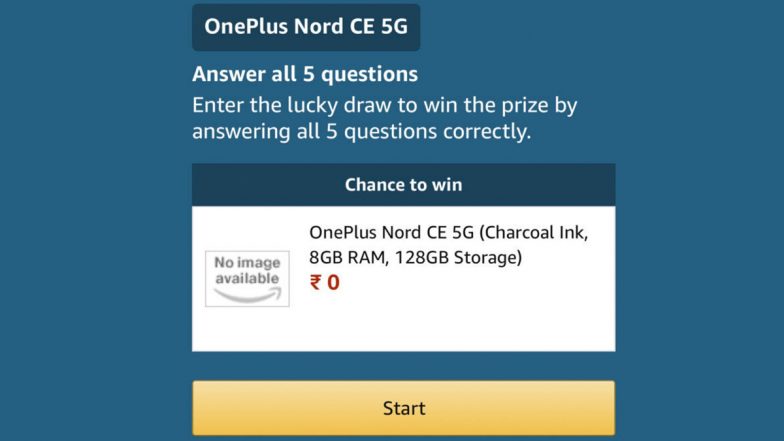 For optics, the phone could feature a triple rear camera setup comprising a 64MP main lens, an 8MP ultra-wide-angle lens and a 2MP depth sensor. At the front, there might be a 16MP shooter for selfies and video calls. 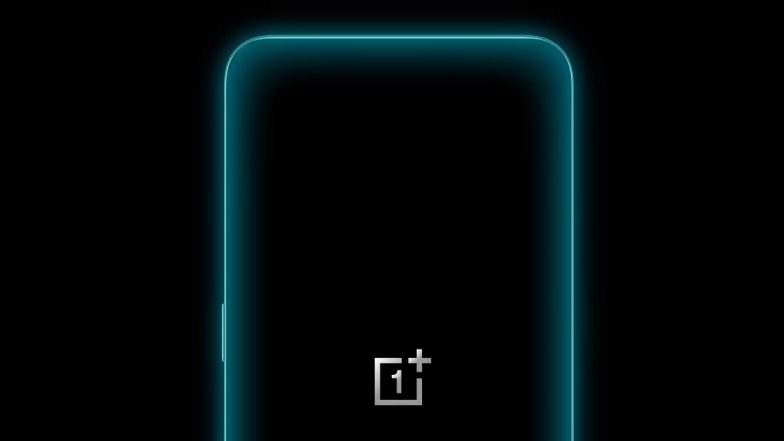 The smartphone will feature a 4,500mAh battery with 30W fast charging support and 30T Warp charging. Yesterday, the Amazon listing revealed that the handset will get a 3.5mm headphone jack and will be offered in the Charcoal Ink shade. The company might also introduce the phone in other colours. The handset will be made available for pre-order from June 11, 2021 via Amazon India with amazing gifts. The company will announce the prices & other details of the Nord CE 5G device during its launch event.

(The above story first appeared on LatestLY on Jun 03, 2021 11:36 AM IST. For more news and updates on politics, world, sports, entertainment and lifestyle, log on to our website latestly.com).