Tripsters is revolutionizing the NFT world by bringing you the first collection that combines 2 NFTs to create a third unique token, totally changing the NFT game. He is a keynote speaker at international business conferences. 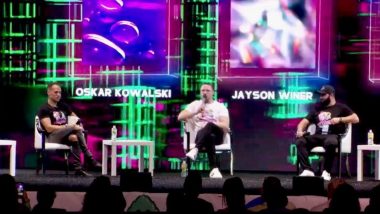 He is a past recipient of the Young Pole of the Year in Business award. Oskar Kowalski is an entrepreneur who has been featured in media such as Bloomberg, Yahoo Finance, and the Associated Press. He has created many successful startups during this period by holding senior-level positions. His ten years of experience range in Investment Banking, Venture Capital, Private Equity, Alternative Funding, and Unsecured Capitalization.

In Southern Poland, the Polish-American Center of Psychotherapy was co-founded by Mr. Kowlaski in 2010. He made the idea come to fruition by attaining European Union grant funding and VC capital to secure construction financing. He provided the maximum level of care and became the first center in Lesser Poland Voivodeship; the center has helped many patients since the beginning. He is the Senior Advisor in Legends of Bezogia and Tripsters.

Tripsters is revolutionizing the NFT world by bringing you the first collection that combines 2 NFTs to create a third unique token, totally changing the NFT game. He is a keynote speaker at international business conferences.

Oskar has spoken at many events such as the 60 Million Congress and CoinAgenda alongside former CFO of the White House, David Feit. He currently holds equity in many ventures across many sectors, such as Real Estate, Entertainment, and MCA, to name a few.

He co-founded Luxemark Capital, a leading MCA  network. The firm has provided over $500 million worth of funding in the space on many levels. While running a Fund of Funds, Oskar Kowalski serves as an advisor to companies in the MCA industry.

He has been instrumental in facilitating over 100+ million in capital funding since 2016, with a recent monthly pass-through volume of 50+ million through his venture partnerships. Direct funding providers and institutional funds are within his scope of advisory roles. Mr. Kowalski is a member of the Pulaski Business Association, Pangea Network, and the Kosciuszko Foundation.