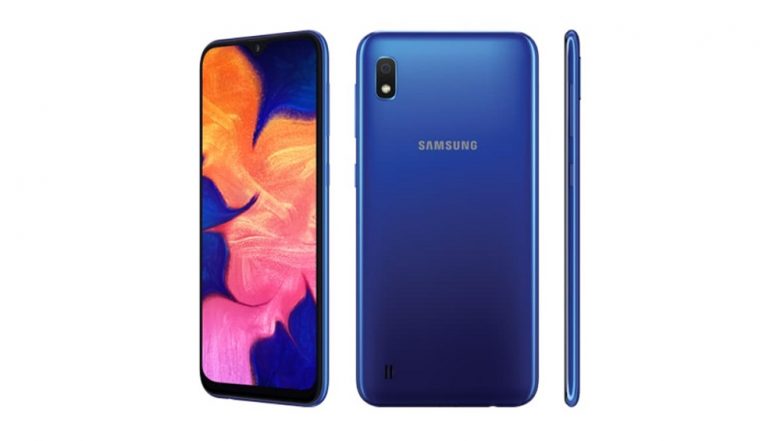 Samsung, the South Korean tech major has officially unveiled the new Galaxy A10e in US alongside Galaxy A20 and Galay A50. However, Samsung Galaxy A20 and Galaxy A50 smartphones are already on sale in the Indian market. It is important to note that Galaxy A10e under Galaxy A Series is offered as more affordable iteration with inferior specs. The main highlights of the Galaxy A10e are Infinity-V Display and an 8MP rear camera. Priced at $179.99 (around Rs. 12,500), the handset is available in a single 32GB storage option. Samsung Galaxy M40 Smartphone With Infinity-O Super AMOLED Display Launched; Prices, Features & Specifications.

As a reminder, the Galaxy A10 was launched in India early this year in February with a price tag of Rs 8,490. However, the smartphone now retails at Rs 7,990. Alongside the Galaxy A10e, Samsung also introduced the Galaxy A20 and Galaxy A50 in the US wherein the latter is priced from $349.99 (around Rs. 24,300), whereas the former gets a starting price of $249.99 (approximately Rs. 17,370). Moreover, the phone maker hasn't revealed the complete specs of the Galaxy A10e yet.

It was in the last month wherein the company announced that the Samsung Galaxy A-series smartphones have surpassed 5 million sales landmark in just 70 days of their launch in Indian market. It is now reported that the phone maker is targeting to make its Galaxy A series a $4-billion brand in the domestic market.