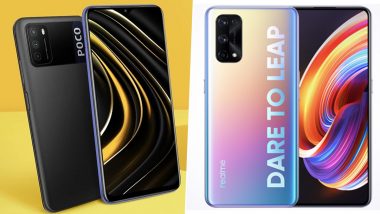 Smartphones Likely to Be Launched in India in February 2021 (Photo Credits: Realme & Poco)

This month, we saw several smartphone launches in India including Vivo Y31, Vivo Y20G, Realme C12 4GB model, Oppo Reno5 Pro 5G, Samsung Galaxy S21 series & more. Several new smartphones are rumoured to be launched in the country next month. These new phones reportedly include Redmi Note 10 series, Poco M3, Realme X7 series and Galaxy A52. Poco M3 and Realme X7 series phone have been already launched in the Chinese market. Let's take a look at the smartphones that are likely to be launched next month. Poco M3 Smartphone Likely to Be Launched in India By February 2021: Report.

The smartphone was launched in the global market last year and India launch is likely to happen next month. As per reports, the phone has received TUV Rheinland certification but Poco India has not revealed the launch date yet. The company has confirmed that the phone will be introduced in Indonesia today. A tipster recently revealed that the smartphone will get a starting price of $149 (approximately Rs 11,000) for the 4GB RAM + 64GB internal storage. Key features of Poco M3 include Qualcomm Snapdragon 662 SoC, a 6,000mAh battery with 18W fast charging and reverse charging support. The device will get a 6.53-inch FHD+ waterdrop notch display and come packed with a 48MP triple rear camera setup. 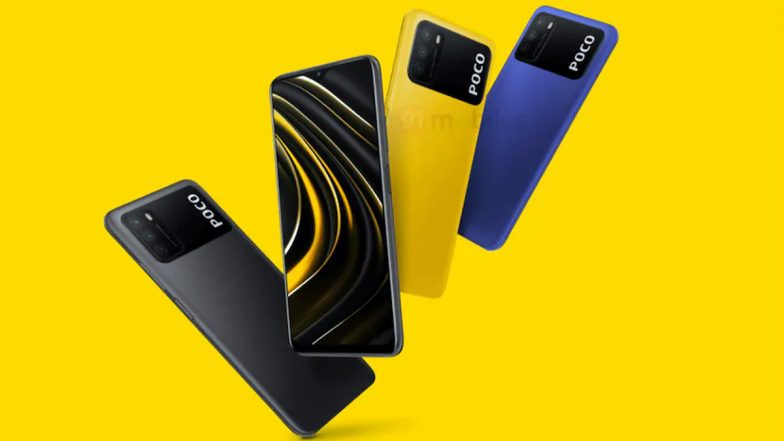 Realme India has confirmed that it is gearing up to launch a new X series device in the country. The company has not revealed the exact launch date of the upcoming X series but the phones are expected to be Realme X7 and Realme X7 Pro. A few days ago, Realme X7 Pro handset was also spotted on the company's India website, this hints that the launch is near. Realme X7 series was launched in China last year with 5G connectivity. In terms of specifications, Realme X7 is powered by MediaTek Dimensity 800U chipset whereas Dimensity 1000+ SoC powers the top-end model. The base model starts at CNY 1,799 (approximately Rs 19,290) whereas the pro variant costs CNY 2,199 (approximately Rs 23,580). 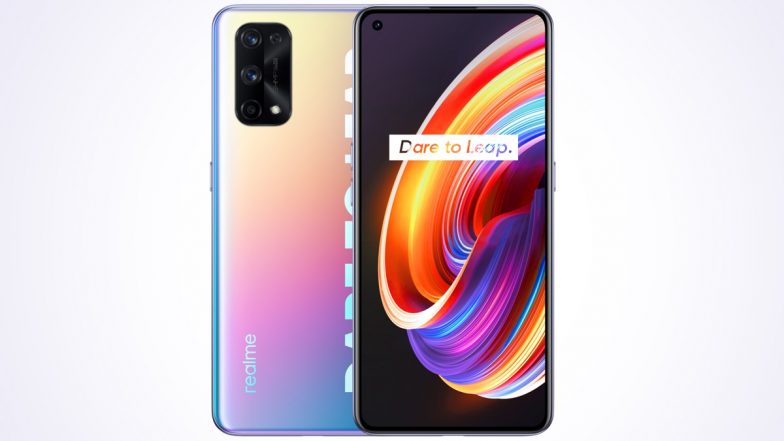 Galaxy A52 handset was recently spotted on the Geekbench website which revealed its key specifications. This reveals that the India launch is imminent. When launched, the smartphone will succeed the Galaxy A51 which is one of the best selling mid-range phones of 2020. The device is rumoured to come with up to 8GB of RAM, also the Geekbench listing revealed that the phone will be powered by Qualcomm Snapdragon 720G chipset. Galaxy A52 5G renders via Voice reveal a 6.5-inch punch-hole display and a quad rear camera setup. Coming to the pricing, Samsung Galaxy A52 is expected to be priced at $499 (approximately Rs 36,800). 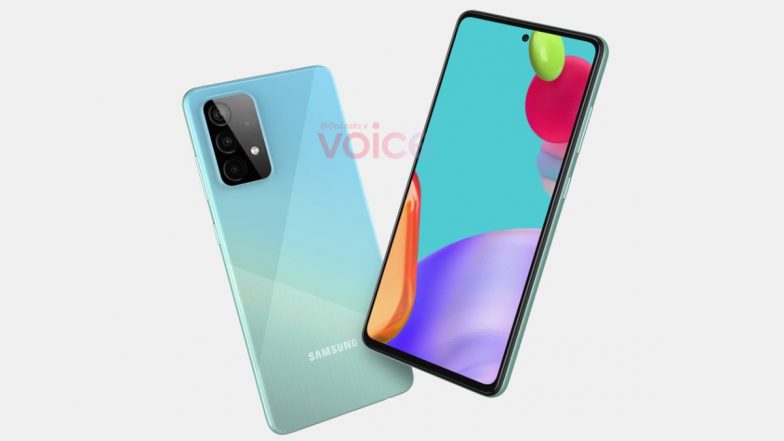 (The above story first appeared on LatestLY on Jan 21, 2021 12:02 PM IST. For more news and updates on politics, world, sports, entertainment and lifestyle, log on to our website latestly.com).