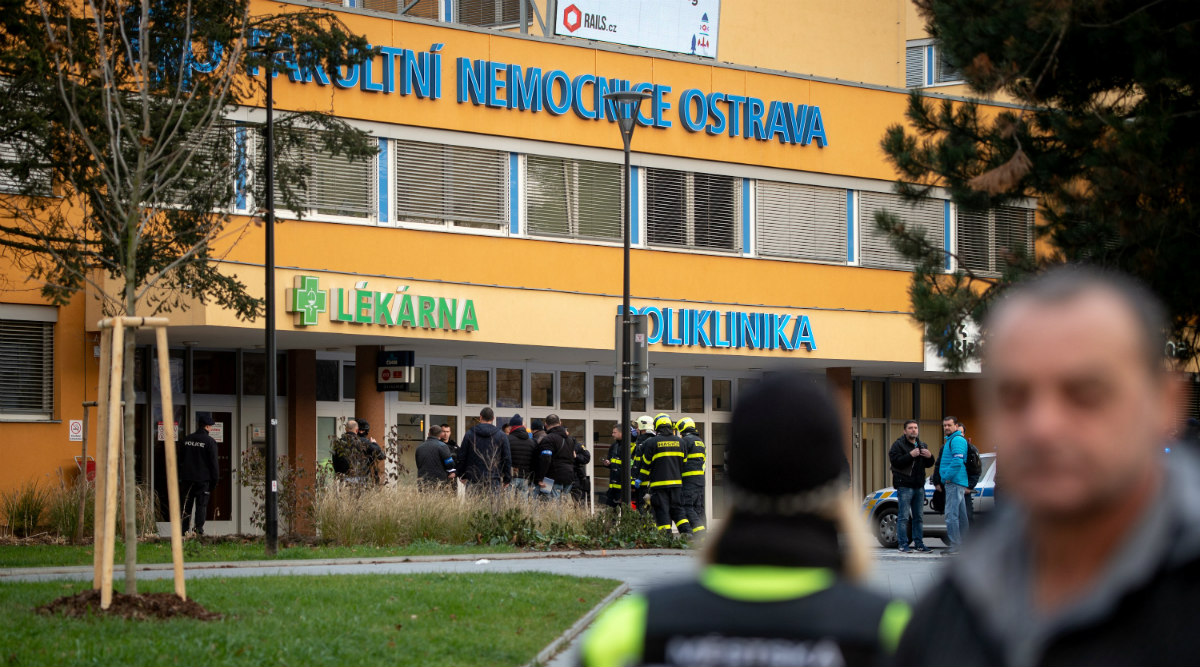 Prague, December 10: A gunman opened fire Tuesday in a hospital in the eastern Czech city of Ostrava, killing four men and two women in what the premier called an "immense tragedy".

Police spokeswoman Pavla Jirouskova said the suspect had fled in a silver Renault Laguna car and remained at large.

Police advised "maximum possible caution" as the man was "armed and dangerous". US Shooting: One Dead, Five Injured After Firing on Streets of Washington DC.

The gunman allegedly shot people at close range as they sat waiting in the trauma ward of the Faculty Hospital in Ostrava, a steel hub located around 300 kilometres (190 miles) east of Prague.

"I was told the dead were people sitting in the waiting room of the trauma ward, fortunately there were not as many as usual," Prime Minister Andrej Babis told the public Czech Television.

"The gunman was allegedly shooting from a close range, aiming at the head and neck."

Police have tweeted a picture of the alleged suspect, showing a man with thick black hair who was wearing a red and black jacket and trainers.

Earlier, they had posted a photo of a different man with receding ginger hair, saying he was "an important witness to the event".

Police have since deleted the image.

Babis said the shooting, which took place shortly after 0600 GMT, was "a catastrophe".

"It's something we're not used to in our country," the populist billionaire added.

"I absolutely don't understand the motive of this young man."

"I'm with you in my heart, I'm thinking of you in these tragic hours," he said in a tweet sent out by his spokesman.

Gun rampages are rare in this EU member country of 10.7 million people.

In 2015, a restaurant guest in the southeastern town of Uhersky Brod shot seven men and a woman before committing suicide.

In March this year, a patient at a Prague hospital shot two fellow patients after an argument in a room. One of the men died.