US Shooting: One Dead, Five Injured After Firing on Streets of Washington DC

Reports said that the local channel, WJLA-TV posted images on Twitter of ambulances carrying victims from the scene. The report added that there had been a 'massive' police response. 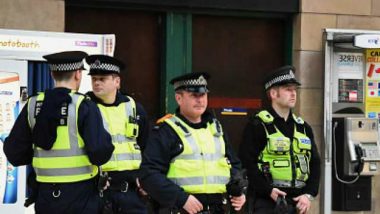 Washington DC, September 20: One person has died while five others have been critically injured after unidentified gunmen opened fire on locals in Washington DC on Thursday night. According to a report by Reuters, the gunfire erupted in the Columbia Heights neighbourhood, which is about three kms from the White House. Reports said that the local channel, WJLA-TV, posted images on Twitter of ambulances carrying victims from the scene.

The report added that there had been a 'massive' police response. According to local TV channel FOX-5, police informed that six people were shot in the incident and several were injured. Reuters report added that it could not immediately confirm the reports. Texas Shooting: Police Report Active Shooter Situation at Walmart in El Paso.

According to a statement by Police, the third district is currently investigating a shooting in the 1300 block of Columbia Rd., Northwest. "At this time we have located four victims who are suffering from various gunshot wounds that are being transported to area hospitals. Two of the victims are in critical condition", Police said.

Washington, which is located on the Potomac river, is the capital of the United States and the seat of the federal government. The incident comes days after five people were killed and 21 others were injured during a mass shooting in the US state of Texas. The gunman, who targeted shoppers and vehicles at shopping centres in western cities of Odessa and Midland, was shot dead by law enforcement authorities.

The Washington shooting incident is a developing story. According to latest updates, one person has lost his life while several others who have been critically injured have been rushed to hospital for treatment.

(The above story first appeared on LatestLY on Sep 20, 2019 08:58 AM IST. For more news and updates on politics, world, sports, entertainment and lifestyle, log on to our website latestly.com).