The ongoing conflict between Russia and Ukraine is likely to have long-term implications for Europe that go beyond energy supplies, analysts have said. 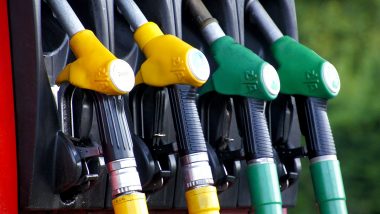 Rome, April 26: The ongoing conflict between Russia and Ukraine is likely to have long-term implications for Europe that go beyond energy supplies, analysts have said.

Natural gas futures fell slightly last week, but only after hitting their highest levels in 13 years, according to media reports.

But analysts told Xinhua news agency that Europe will soon be faced with other challenges such as increasing supply chain issues, spiking food prices, environmental policy problems and fresh waves of refugees.

"We could end up with major problems in one of the important supply chains --this could be the automobile sector or something else," Lorenzo Codogno, Founder and Chief Economist of LC Macro Advisors and a visiting professor at the London School of Economics, told Xinhua. China’s Support to Russia Alienates Eastern, Central European Countries, Says Report.

"We also have to consider food, wheat and corn," which are traditionally produced by both Russia and Ukraine, he said.

"Gas is not just used for energy generation. It is also used in the production of fertilisers, which are important for agriculture, not just in Europe but across the globe. Everything is connected to everything else." According to Riccardo Puglisi, a professor of public economics at the University of Pavia, the most widespread economic impact stemming from the conflict might be the "uncertainty" it creates.

The conflict is slowing the economic recovery from the problems created by the coronavirus pandemic, Puglisi said. "There is no single cause here and we don't know how long this will go on and what the medium or long-term effects will be."

He said one impact economies are already seeing is an increase in military spending, which he added has already doubled when measured as a percentage of the GDP of European nations to around two per cent. In the coming months, this figure could further increase to 2.5 per cent.

"Governments will be able to find the tax revenue to offset most of the increases in military spending, but the extra spending will not be enough to offset the economic uncertainty countries will face," Puglisi said.

Some environmental groups are worried that a too quick transition away from Russian energy sources could make it difficult to replace those with renewable energy alternatives. The fear is that the quest for alternatives to gas or petroleum could lock countries into long-term contracts that would stifle the expansion of clean energy.

Codogno said while crisis situations often sow divisions between countries, this does not seem to be the case this time around. He noted that if the conflict continues for many months, the situation could become more problematic because of migration. Google Introduces Reject All Button for Tracking Cookies in Europe, UK.

"If the Ukrainian refugee crisis continues, it would clearly put a lot of stress on facilities like schools and hospitals," he said.

"But if countries agree to share the burden imposed by these migrants, I think it would still be a shock, but a manageable one."

(The above story first appeared on LatestLY on Apr 26, 2022 08:30 AM IST. For more news and updates on politics, world, sports, entertainment and lifestyle, log on to our website latestly.com).